You are using an outdated browser. Please upgrade your browser to improve your experience.
iCarriers
by Brent Dirks
August 14, 2015

Just a day after Verizon implemented major changes by killing phone subsidies for new customers and offering a set of simplified data options, AT&T has announced some tweaks to its Mobile Share Value plans.

Like Verizon, AT&T’s new plans are designed to simplify its offerings and even give users more data for the same, or lower, price.

Here’s the complete rundown of the new plans:

Easily the best new deal is the 15GB tier, which drops $30 per month under the new structure. And if you need more than 20GB, AT&T will also offer plans with 25GB, 30GB, 40GB, and 50GB of monthly data. Just be prepared to shell out the cash.

The plans will be available starting tomorrow, Saturday, August 15, for both new and current customers. You can change to the new plans at an AT&T store, online, or by calling customer service.

No matter what you might think about T-Mobile and its massive Uncarrier initiative, the company has really been responsible for sending shockwaves throughout the industry. Thankfully, customers have reaped the benefits with more generous data plans and even lower monthly phone bills.

With new iPhone models scheduled to be introduced early next month, AT&T is trying its best to keep up with the rapidly changing and competitive industry. And that’s a good thing for every current and future iPhone user – no matter what carrier they select.

For other news today, see: Apple rumored to be developing its own HUD for cars, Report claims Apple Watch to make up 40 percent of premium watch sales by 2020, and Get back those deleted files on iCloud’s Web page. 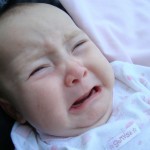 AT&T whines and cries about FCC-imposed fine
Nothing found :(
Try something else