You are using an outdated browser. Please upgrade your browser to improve your experience.
Apple's Software
by Brent Dirks
September 15, 2015

In somewhat of a surprise, Apple CEO Tim Cook says that users may eventually be able to delete some stock iOS apps.

He discussed the subject in a recent interview with BuzzFeed:

“This is a more complex issue than it first appears,” he says. “There are some apps that are linked to something else on the iPhone. If they were to be removed they might cause issues elsewhere on the phone. There are other apps that aren’t like that. So over time, I think with the ones that aren’t like that, we’ll figure out a way [for you to remove them]. … It’s not that we want to suck up your real estate; we’re not motivated to do that. We want you to be happy. So I recognize that some people want to do this, and it’s something we’re looking at.”

I’ve never had an issue with the number of stock apps installed on the iPhone or iPad – I throw them in a specific folder and never think about them again.

But the number of pre-installed apps has definitely increased lately, especially with both the Podcasts and Apple Watch app. And I know a number of users who prefer to delete apps they never plan on using. While I don’t think you’ll ever be able to delete all of the stock apps from your iOS device, even just being able to delete a select few would be a nice gesture. Maybe we’ll get the chance starting with iOS 10?

In the interview, Cook also said Apple was careful to weigh the privacy issues of the always-on “Hey Siri” feature of the iPhone 6s and iPhone 6s Plus. Users can interact with the personal assistant at any time without needing to press the home button.

“First you can decide you don’t want Hey Siri,” Cook responds. “But the real answer to that is that the information is held on the device and so it is not going back to Apple. Apple doesn’t have access to it. So there’s not privacy concerns I think, for most people, when the information is held on their device and they can encrypt it with their passcode.”

“Hopefully people will look at our stance on privacy in general and know that we’re not trying to operate outside of a fairly distinct line that we’re drawing,” Cook elaborates. “I hope that people trust us to do the right thing there.”

The entire article is definitely an interesting read as Cook, along with Apple’s Eddy Cue and Greg Joswiak, make a surprise (and somewhat chaotic) visit to a Manhattan Apple Store. I think it’s great to see that Cook seems to truly enjoy getting out to visit customers and employees.

For other news today, see: Hurry, get your free Super Hexagon from the Apple Store app, Launch Center Pro gains a Today widget and more, and Just like the iPhone 6s and iPhone 6s Plus, the iPad mini 4 sports 2GB of RAM. 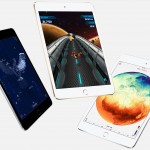 Just like the iPhone 6s and iPhone 6s Plus, the iPad mini 4 sports 2GB of RAM 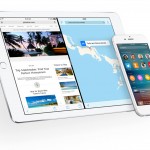 Apple’s Move to iOS app helps Android users make the switch
Nothing found :(
Try something else