You are using an outdated browser. Please upgrade your browser to improve your experience.
That iThingy You're Wearing
by Joe White
September 14, 2015

Before now, we’d heard that the Apple Watch would soon be available from electronics retailer Currys in the United Kingdom. Though little news on this front has surfaced, however, a recent report notes that department store John Lewis will eventually be offering a "curated selection" of Apple Watches in its 43 nationwide stores.

The news reached us from Wearable, in a report which explains that John Lewis will be offering Apple Watches this month, from Sept. 18. Aside from selling models in its stores, John Lewis will also be offering Cupertino’s wearable at its online store, too.

Of course, the Sept. 18 date means models stocked by John Lewis should be preloaded with watchOS 2, which launches a couple of days before, on Sept. 16. In our testing, the software update hugely improves the Apple Watch experience, and it should certainly make the wearable a more attractive option for would-be consumers.

On Sept. 18, 37 of John Lewis’ 44 stores will be offering Apple Watch models. However, availability will be expanded in time for Christmas, Wearable explains.

Last month, Brits indeed heard that electronics retailer Currys and PC World could be featuring Apple Watch models in-store across the country. The smartwatch was even located on the retailer’s inventory, though as of yet, further information concerning the move hasn’t been revealed. Across the pond, Best Buy started selling Apple Watch models in August, and before then the smartwatch featured in a series of mini-stores across several major cities. 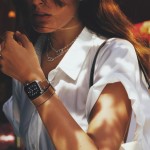 Affordable luxury: New Apple Watch models and bands
Nothing found :(
Try something else