You are using an outdated browser. Please upgrade your browser to improve your experience.
Getting Stuff Done
by Brent Dirks
September 24, 2015

Google has introduced yet another handy productivity app for iPhone and iPad users.

The company’s Keep service can be described as similar to Evernote. The main draw of the app is its ability to act as a note-taking hub. You can capture, edit, share, and collaborate on your notes using a number of devices. Along with written notes, you can add lists, photos, and audio.

To make sense of all the notes, you can organize and search them using different labels and colors.

Users can also take advantage of the interesting feature that will remind them about a note when at a specific place or time. For example, you can choose to pull up your shopping list when you enter a grocery store.

Google Keep is a universal app designed for the iPhone/iPod touch and iPad/iPad mini and can be downloaded now on the App Store for free.

You can also access the service on the Web here or directly from the Chrome Web browser on your Mac or PC.

Even though I only tried out Keep for a few minutes, I was generally impressed. Google has once again created a really great iOS app. While I’ll definitely be sticking with Evernote thanks to my Premium subscription, download Keep if you’re looking for a simple and easy-to-use note-taking service. It also looks like a nice option for iOS users who are heavily invested into the Google productivity ecosystem.

For other app news and reviews today, see: You have to be fast to save the gaming world in HoPiKo, News Republic gets an update adding iOS 9 enhancements and more, and Let’s eat, your table and your lunch are Allset. 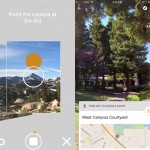 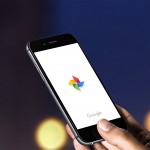 A Google Photos update lets you organize pictures with ease
Nothing found :(
Try something else