You are using an outdated browser. Please upgrade your browser to improve your experience.
Connected Theater
by Jeff Byrnes
September 9, 2015

We’re widely expecting a redesigned Apple TV to be announced at today’s event, but I have been assuming the device would just run an updated version of the current operating system. According to patent filings found by Macrumors, it appears that Apple might have a new operating system in mind for the set top box, one called “tvOS.”

Several trademark filings for the name were made in mid-to-late May in several countries. The owner of the trademark for tvOS has been registered as Television OnStream LLC, which appears to be a shell company formed just a few days before the patent filings. This is a tactic that Apple quite often uses to hide its trademark dealings, but Cupertino isn’t alone in employing that strategy.

What’s curious, though, is the fact that Television OnStream shortens to an acronym of “tvOS.” When Apple was first preparing to announce the iPad, the company hid its trademark for the name behind a company named IP Application Development.

What’s also interesting is that many of the law firms used to handle the patent filings are ones Apple has enlisted in the past. Television OnStream used London-based Locke Lord for its Italian filings, the same firm Apple used to protect the “watchOS” trademark. The law firm used in Turkey for the tvOS patent is also the same as Apple used for its smartwatch, and both companies used Arochi & Lindner for filings in Mexico.

It’s all very exciting, and I look forward to the announcement of the new Apple TV. I won’t deny that it’ll be extremely disappointing to me to see the set top box get ignored yet again, so I hope these patent filings are truly for Apple and they signify something great coming through the pipeline.

Be sure to stay tuned for our coverage of the “Hey Siri, give me a hint” event on Wednesday, Sept. 9. 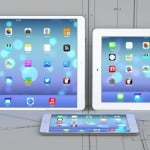 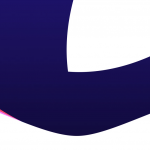 How to watch Apple's big event featuring new iOS devices, a fourth-generation Apple TV and more
Nothing found :(
Try something else