You are using an outdated browser. Please upgrade your browser to improve your experience.
iDevices
by Jeff Byrnes
September 22, 2015

If you’re San Diego-based Twitter user @MoonshineDesign, Monday was a good day for a change. Even though the iPhone 6s and iPhone 6s Plus aren’t supposed to start arriving to preorder customers until Friday, Sept. 25, she received hers four days early.

Not sure how this happened but my #iphone6s arrived early @ATT @apple pic.twitter.com/0hK1BETycl

She ordered the device from AT&T, and was so excited at the early delivery that she shared the unboxing, setup, and even GeekBench scores with the world via Twitter.

The iPhone shipped in the same packaging that has been leaked several times. The Geekbench scores beat out the Retina iPad mini, iPad mini 3, and even the iPad Air 2. Those results also confirmed what we’ve been thinking all along: the iPhone 6s and iPhone 6s Plus feature 2 GB of RAM.

Apple seems to be getting quite a bit more free with providing early access to the new handset than in previous years. The early arrival for @MoonshineDesign isn’t the first sneak peek we’ve had into the device. Vogue photographer Kevin Lu was able to use an iPhone 6s Plus to shoot New York Fashion Week, ahead of the device’s launch.

On top of that, Sports Illustrated obtained an early access iPhone 6s Plus to shoot a preview of high resolution shots at San Francisco Giants baseball games at AT&T Park. Photographer Brad Mangin was given the honors of using the handset to take the shots. 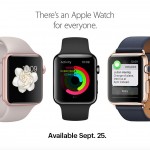 The iPhone 6s Plus is sporting a slightly smaller battery
Nothing found :(
Try something else