You are using an outdated browser. Please upgrade your browser to improve your experience.
Apple's Software
by Brent Dirks
October 12, 2015

Less than a week after releasing the previous beta version, Apple has just seeded iOS 9.1 beta 5 to registered developers and members of the Public Beta Testing Program. The software can be downloaded over-the-air or through Apple’s Developer Center.

We’ll let you know if there are any other major changes in this software version.

The software will bring support for the iPad Pro’s new Smart Keyboard and Apple Pencil along with the revamped Apple TV. It also includes a number of new emoji options.

It’s unknown when the software will officially arrive to the public, but since iOS 9.1 is needed to setup the new Apple TV through an iOS device, it could land before the end of the month. A recent report said that both new products will be available to order in late October and show up in stores in early November. 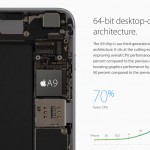