You are using an outdated browser. Please upgrade your browser to improve your experience.
iCarriers
by Brent Dirks
October 8, 2015

AT&T users running iOS 9 on their iPhone 6 or later can now take advantage of the handy Wi-Fi calling feature. First reported by MacRumors, AT&T has seemingly activated the feature on its network nationwide.

If you’re an AT&T customer, you’ll need an iPhone 6, iPhone 6 Plus, iPhone 6s, or iPhone 6s Plus running any version of iOS 9. To activate the feature, head to the Phone section of the Settings menu and then toggle the Wi-Fi calling switch on. You’ll have to go through a few steps, including entering an emergency 911 number.

As the name suggests, when you’re in an area with a weak or non-existent cell connection, you’ll be able to make and receive regular phone calls over a Wi-Fi connection with the feature. Both Sprint and T-Mobile already offer the feature to subscribers. The nation’s largest carrier, Verizon, has also said it plans to deploy the feature sometime this year.

Just last week, AT&T said it was delaying the rollout of the feature so it could obtain a waiver regarding specific rules to offer support for deaf and hard-of-hearing users. In a filing with the FCC, AT&T also blasted T-Mobile and Sprint officials for not obtaining a waiver before rolling out the feature to their networks. The FCC quickly approved AT&T’s waiver earlier this week. 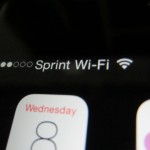 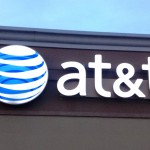 AT&T delays Wi-Fi calling rollout because of FCC regulations
Nothing found :(
Try something else