You are using an outdated browser. Please upgrade your browser to improve your experience.
iCarriers
by Brent Dirks
October 2, 2015

AT&T iPhone users will have to wait a bit longer before taking advantage of Wi-Fi calling in iOS 9. According to a new report by Fierce Wireless, the carrier is delaying its own rollout of the feature because it is waiting for an FCC waiver regarding specific rules to offer support for deaf and hard-of-hearing users.

As the name suggests, when you’re in an area with a weak or non-existent cell connection, you’ll be able to make and receive regular phone calls over a Wi-Fi connection with the feature.

But FCC rules dictate that all calling services offer options for deaf and hard-of-hearing users. Wi-Fi calling currently does not comply with those rules, also known as TTY.

Interestingly, both Sprint and T-Mobile offer Wi-Fi calling for iPhone users. But in a recent filing with the FCC, AT&T blasted both carriers for rolling out the feature without obtaining a waiver:

“This past Friday, September 25, was the date on which AT&T intended to introduce Wi-Fi calling services in competition with other competitors in the market, namely T-Mobile and Sprint,” AT&T wrote in its filing. “Those carriers have been offering Wi-Fi calling services for a significant period of time, well over a year on Android devices and for months on iOS devices. Neither of those carriers has approached the FCC to request a waiver of the TTY rules. Because the commission has not granted AT&T’s waiver petition, we are not in a position to provide Wi-Fi calling services to our customers even while our competitors provide those services in defiance of the commission’s rules.”

Back in August, with the release of iOS 9 beta 5, AT&T flipped on the Wi-Fi calling feature for a select number of users. To see if the feature can be activated for you, head to the Phone section of the Settings menu. 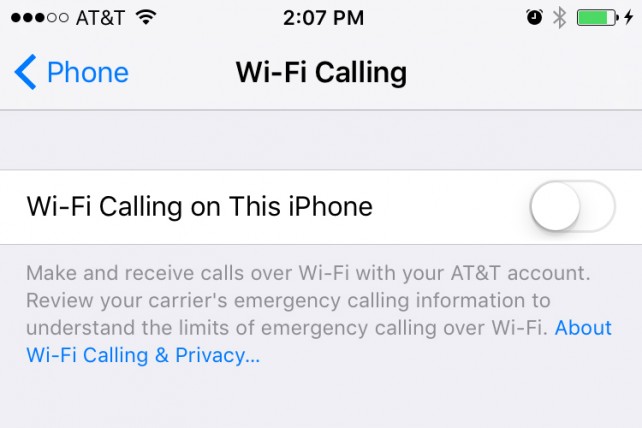 WI-Fi calling is available to a select number of AT&T users.

We’ll definitely let you know if we hear any more information about when AT&T plans to deploy the feature nationwide.

The nation’s largest carrier, Verizon, has also said it plans to deploy the feature sometime this year. But it’s unknown if the company will also seek a waiver from the FCC regarding TTY rules.

For other news today, see: A bug affects Wallet after restoring iPhone 6s from iPhone 5, Apple Watch is arriving soon in Target retail stores, and What does T-Mobile’s data breach mean for me? 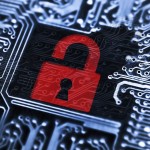 What does T-Mobile's data breach mean for me? 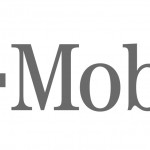 T-Mobile tweets to announce new upgrade plans and more
Nothing found :(
Try something else