You are using an outdated browser. Please upgrade your browser to improve your experience.
That iThingy You're Wearing
by Brent Dirks
October 21, 2015

Just moments after releasing iOS 9.1, Apple has officially unveiled WatchOS 2.0.1 for Apple Watch users. The software can be downloaded through the Apple Watch app on your iPhone. Head to Settings, General, and then Software Update.

You’ll need to have more than 50 percent charge on your watch battery, and it also must be placed on a charger and near your iPhone. 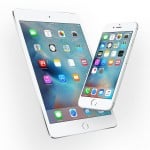 Are these 4 new Apple products worth the higher price?
Nothing found :(
Try something else