You are using an outdated browser. Please upgrade your browser to improve your experience.
iDevices
by Bryan M. Wolfe
November 13, 2015

I was a happy guy when Apple introduced its new iPhone and iPad lineup in September. I loved the new tools (3D Touch, Live Photos) introduced on the iPhone 6s and iPhone 6s Plus, and was equally thrilled that Cupertino hadn’t released an “iPad Air 3.” My iPad Air 2 would remain the company’s flagship 9.7-inch tablet for another year, thereby saving me some cash. The 12.9-inch iPad Pro? It looked beautiful, but I figured, wasn’t for me.

On Nov. 11, I traveled 50 miles one way to purchase a 128GB iPad Pro on the device’s unofficial launch day. It will take a few more days before I can offer a full review on the iOS device. For now, here are some early thoughts on the tablet I never thought I’d buy.

I had never seen an iPad Pro in person until Wednesday night when I opened the box for my tablet for the first time. The device is huge, especially when compared to my soon-to-be-departed iPad Air 2. Really huge, in fact. Did I mention how huge this thing is?

Like the feeling I had when jumping from a 4-inch iPhone 5s to a 5.5-inch iPhone 6 Plus in 2014, however, that feeling of enormity quickly passed. It took me about 60 minutes to adjust to the larger size, and another 30 minutes to conclude that my beloved iPad Air 2 was actually too small.

The iPad Pro features an A9X processor and 4GB of RAM, making it Apple’s fastest tablet to date. Geeking out about the device’s benchmarks is one thing; experiencing this firsthand is something else entirely. The bottom line: This thing is blazing fast. Hopefully, developers will soon take advantage of this and begin releasing iPad Pro-specific apps and updates.

Speaking of apps, where are they? At this moment, few apps take advantage of the iPad Pro’s larger screen. Of those that do, the most important ones come from Microsoft.

Apple unveiled the iPad Pro more than two months ago. You mean that a company of Apple’s size couldn’t get more developers on board before the tablet launched?

One of the things driving me crazy on my iPad Pro is the spacing problem on the tablet’s home screen. As The Next Web correctly noted in September, “a sea of icons on my iPhone is fine because it’s much smaller, but on the iPad Pro it’s a waste of space and a missed opportunity.”

Apple needs to rethink iOS on the iPad Pro, and perhaps its entire tablet line. What worked in 2007 on the first iPhone (and again in 2010 with the first iPad) doesn’t work anymore. There has to be a better way to access and maintain apps.

Earlier this week, Apple CEO Tim Cook suggested the iPad Pro could eventually replace laptops, and our own Abdel Ibrahim said the same. Both suggest that people have grown tired of all-in-one devices, and instead, looking for devices with removable keyboards and an expensive pencil. Like many others, I have no way of knowing this, at least in the short-term.

While many iPad Pro models were available in stores before today’s official launch, accessories for the devices were not. Both the $169 Smart Keyboard and $99 Apple Pencil are sold out until mid-December.

Let me get this straight. I just spent $949 (plus tax) on a 128GB iPad Pro that Apple’s chief says could replace my MacBook Pro, but I have no way of knowing until just before Christmas? At best, this makes no sense. At worst, it’s foolish on Apple’s part. Remember, Cupertino’s return policy affords customers 14 calendar days to return an item from the date you received it.

Is the price right?

My beef is with the selections offered. Only 32GB and 128GB iPad Pro models, Apple? Where’s the logic in this?

Should I buy it? 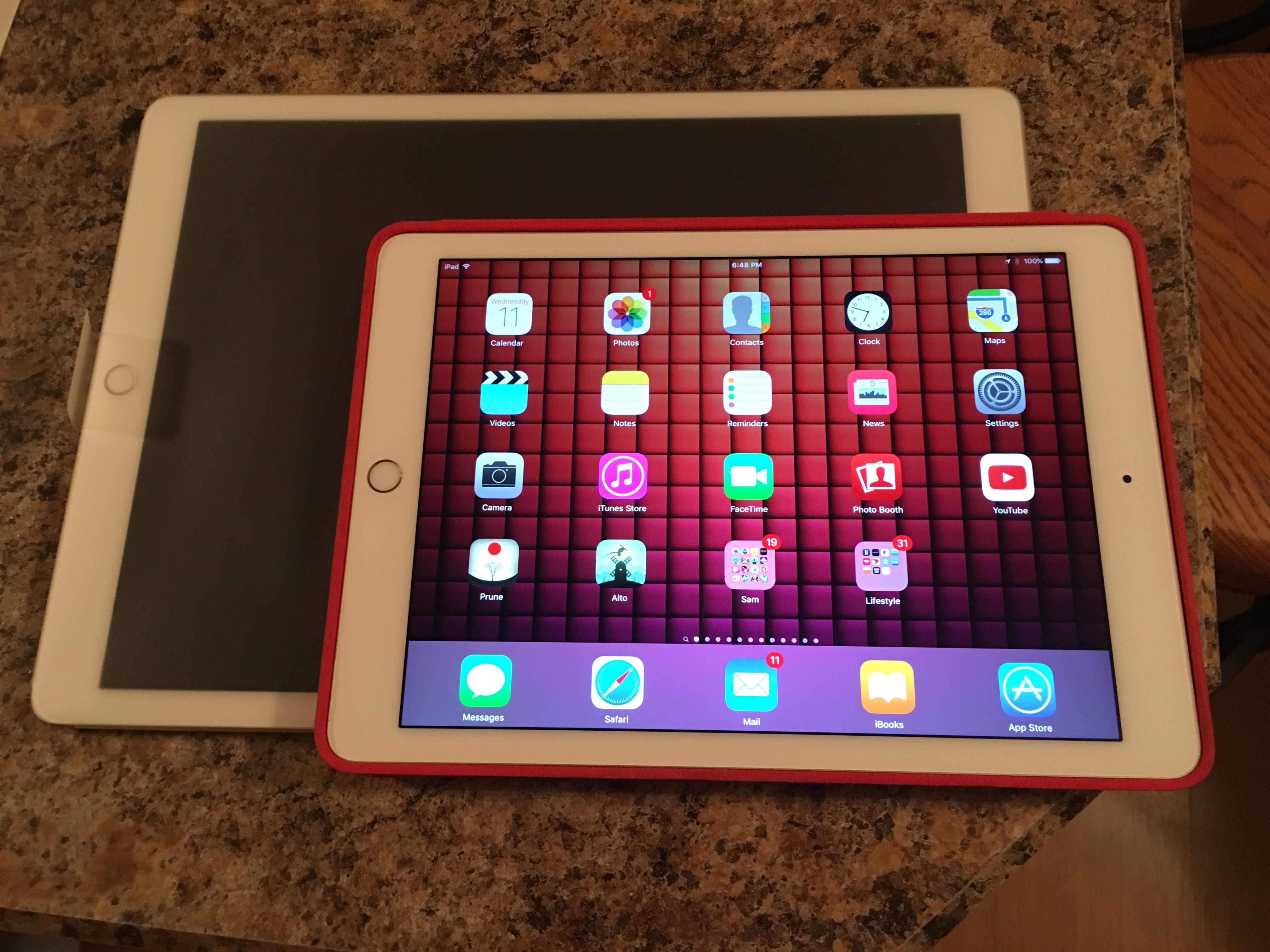 I began this post by mentioning that I initially thought the iPad Pro wasn’t for me. After thinking about it for two months, I took a leap of faith and bought one of the devices, but not because I was hoping to replace my MacBook Pro. Instead, I decided that a larger screen and faster processor were appropriate for my needs. Once my iPad Pro accessories arrive, I’ll have a better idea whether my tablet can replace my laptop.

Ultimately, you’ll need to decide whether the iPad Pro is for you. If you’re looking for more real estate to run your iOS apps, go for it. Otherwise, I’d suggest waiting to see what develops with the product in the coming months.

Microsoft PowerPoint
Microsoft Corporation
Nothing found :(
Try something else