You are using an outdated browser. Please upgrade your browser to improve your experience.
iDevices
by Brent Dirks
November 16, 2015

On the market for less than a week, some iPad Pro users are already experiencing an issue. First reported by Mac Kung Fu, a number of iPad Pro units are unresponsive after being charged for a significant amount of time.

Pushing the power or Touch ID sensor/home button doesn’t wake the tablet up. It only comes back to life after a hard rest of the device which is performed by pressing the power and home button for 10 seconds until the Apple logo appears on the screen.

A number of users are reporting the issue on Apple’s Support forums and elsewhere.

The issue is occurring to users who set up their tablet as new and restored their iPad Pro from a backup.

It’s unknown whether the issue is software or hardware based. According to Mac Kung Fu, some users have been told to return their devices to the store they purchased them from for replacement. But at least one user did that and had the same issue on their replacement tablet.

If the issue is caused by software, Apple should be able to remedy it with a future software update. And we will keep you informed if we hear any more news about the situation.

The iPad Pro officially hit the market last Wednesday, Nov. 11. It starts at $799 for a 32GB Wi-Fi unit. A 128GB Wi-Fi only version is $949 while a Cellular + Wi-Fi edition with the same amount of storage is $1,079. Buyers can select from a space gray, silver, or gold version of each tablet.

Apple is offering two accessories for the tablet – a $169 Smart Keyboard and the $99 Apple Pencil. But apparent supply constraints have been an issue. Any order placed for the accessories today will require a four to five week wait.

Has anyone else had similar issues with their iPad Pro? Let us know in the comments. I’ve had my Pro for a few days, but haven’t ran into any problems. 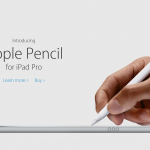 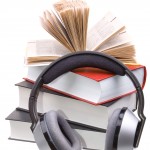