You are using an outdated browser. Please upgrade your browser to improve your experience.
Digital Communicator
by Aldrin Calimlim
November 16, 2015

WhatsApp Messenger, the wildly popular messaging app acquired by Facebook for $19 billion in early 2014, has just been updated on iOS with several notable improvements.

Now, WhatsApp has extended its support for 3D Touch with a new Peek and Pop capability for chats. When you press on an item in the chat list, you can quickly preview the recent content of that chat, and then you can swipe up to access options to mark it as unread, archive it, mute it, or delete it — all without leaving the chat list. 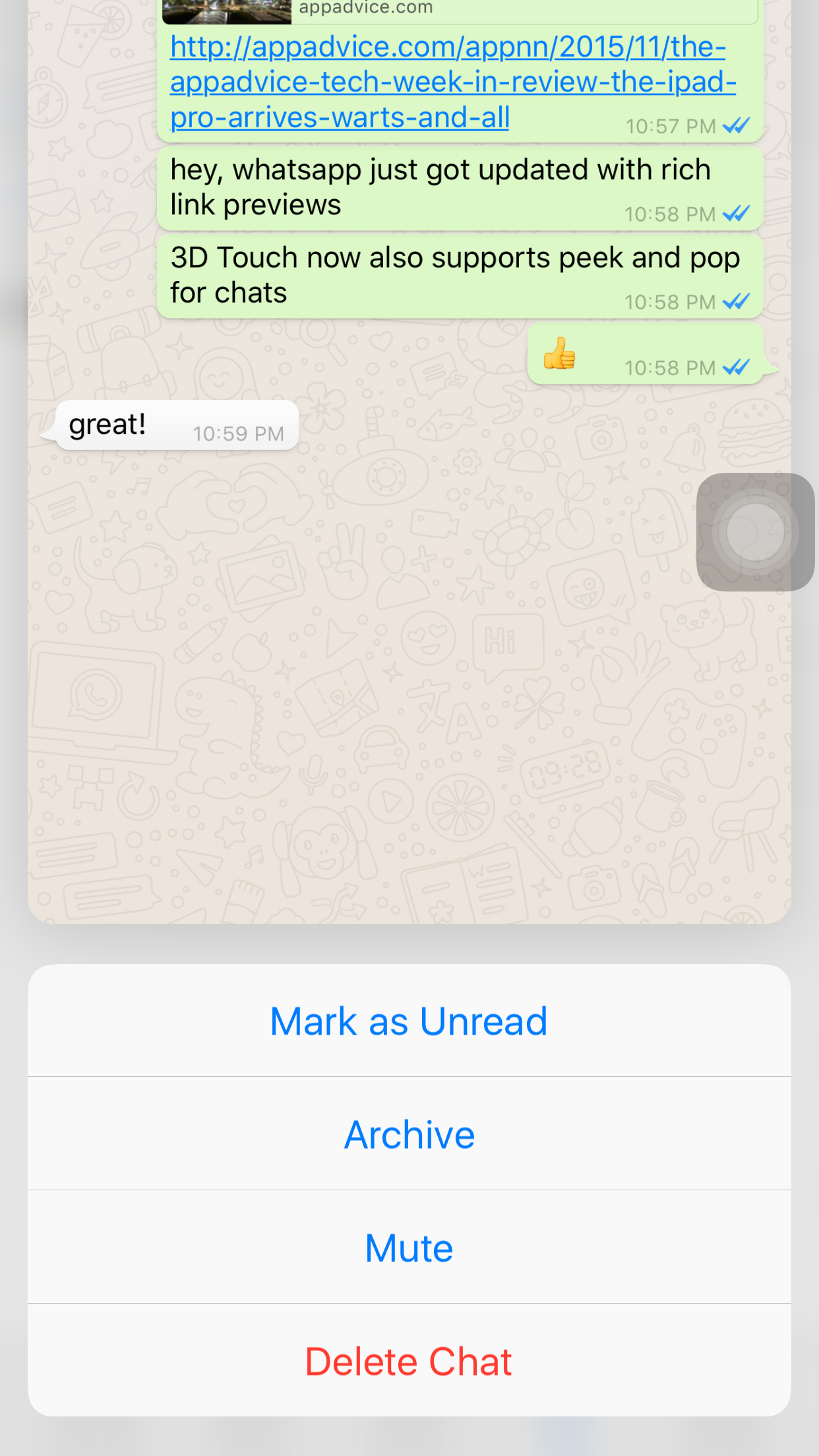 You can now use 3D Touch to Peek and Pop chats on WhatsApp.

The latest update to WhatsApp also adds support in chats for rich inline previews of sent or received links.

Similar to those in Facebook Messenger, the rich inline link previews in WhatsApp include the link’s title, a truncated line from the link’s main content, a lead image, and the link’s source website — thereby giving users an idea of what a link is about even before it’s opened.

Unlike Facebook Messenger, though, WhatsApp gives you the option to not include a rich preview when sending a link. After pasting the link you want to share into the text field, just tap the “x” button on the preview of the link preview right above the text field to send the link on its own. 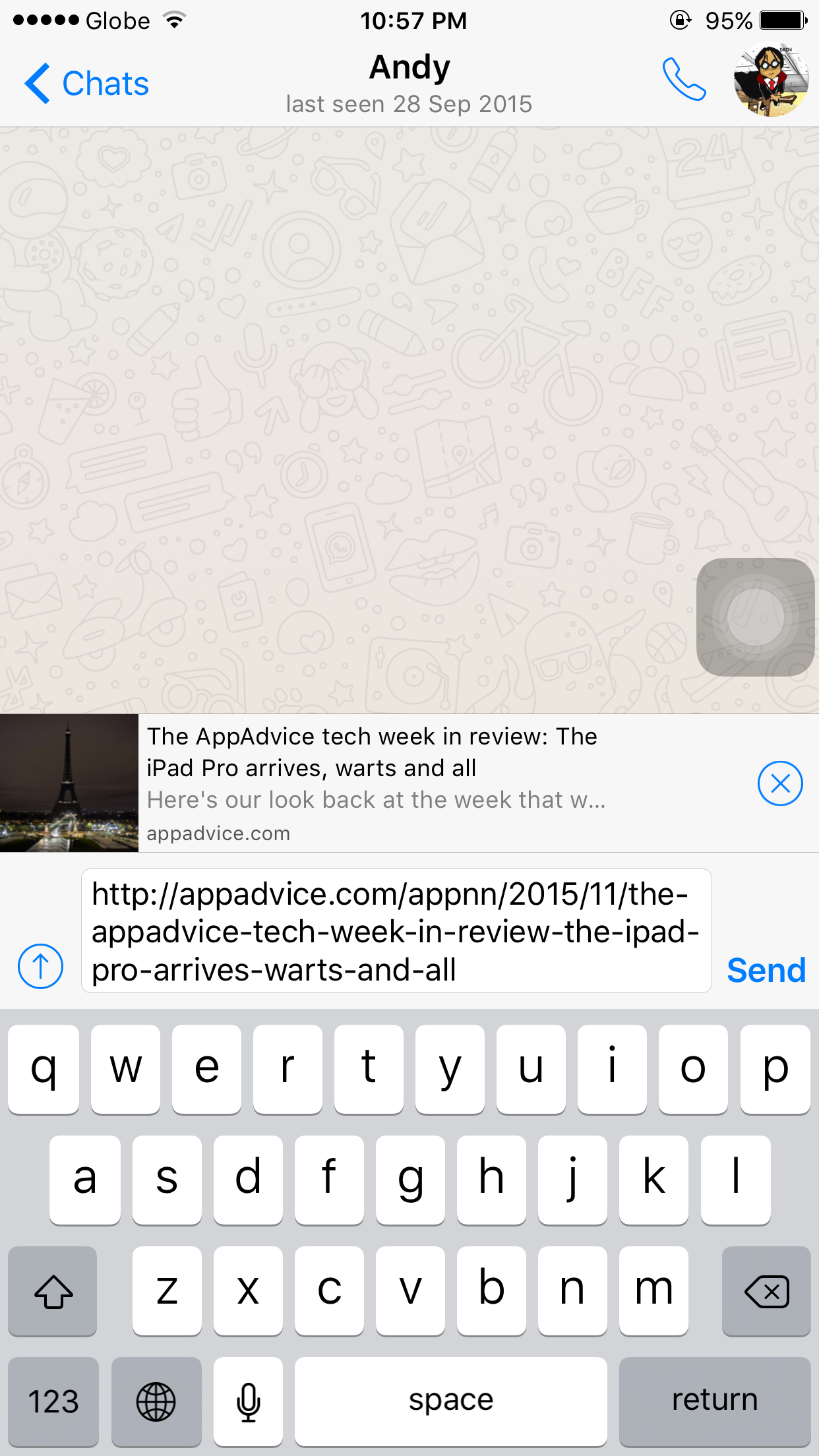 The new version of WhatsApp also boasts a revamped Settings tab. The redesigned Settings tab features a more streamlined menu whose options are accompanied with icons that add color as well as visual cues.

The ability to star messages was added to WhatsApp early last month. To star a message for quick and easy reference later, just tap and hold on the message and tap the star button in the contextual menu. 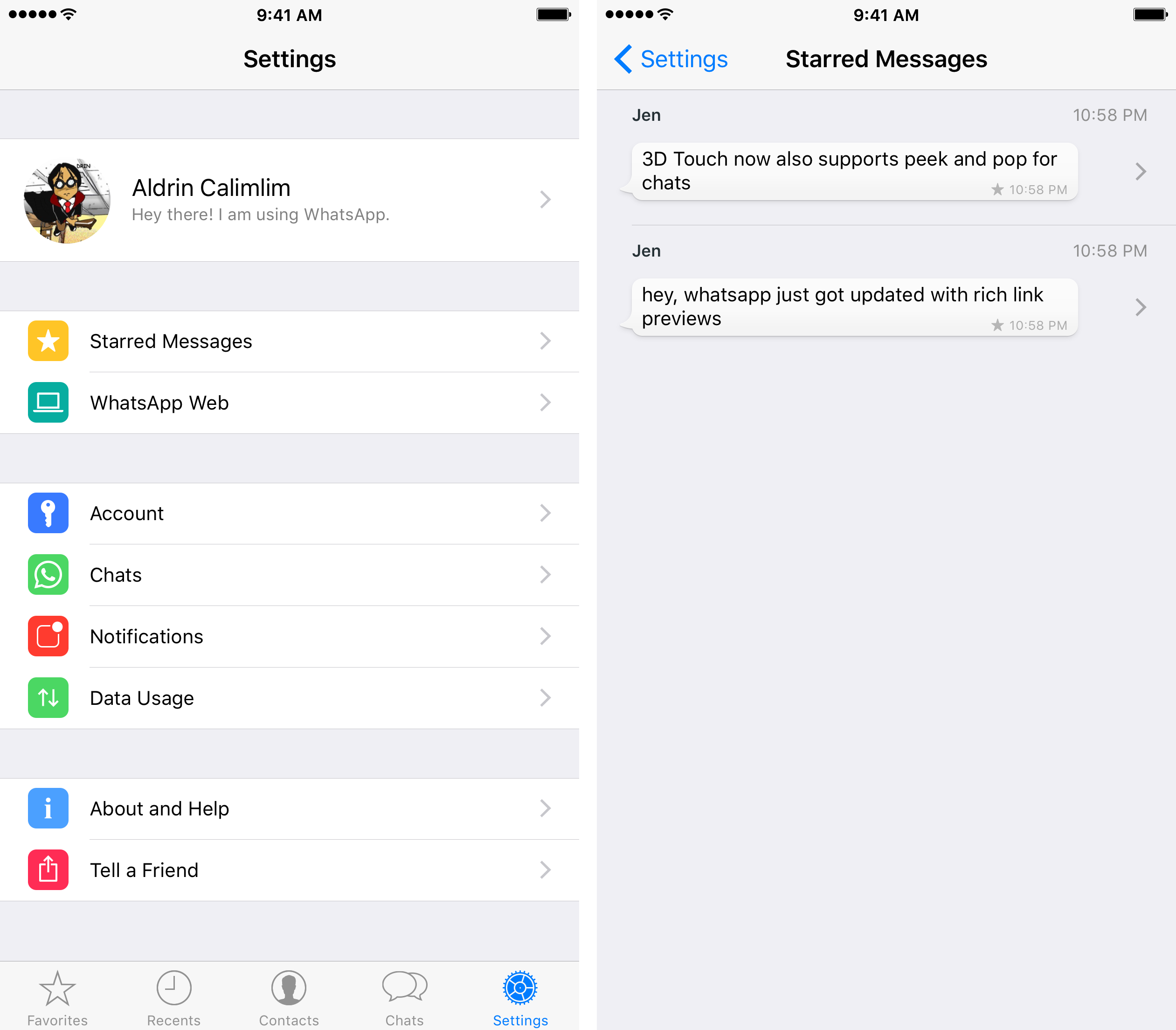 The new version of WhatsApp features a redesigned Settings tab with quick access to all starred messages.

Compatible with iPhone, WhatsApp Messenger is available on the App Store for free. Using WhatsApp costs nothing for the first year, and $0.99 per year thereafter. 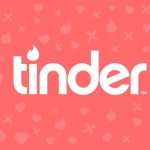 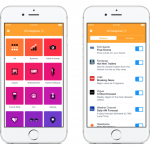 Facebook launches Notify: a notifications app for news you care about
Nothing found :(
Try something else