You are using an outdated browser. Please upgrade your browser to improve your experience.
by Andy Faust
November 11, 2015

The Apple TV remote is underwhelming.

It’s pretty and elegant and useful for basics, it feels good in the hand, set-up is pretty painless, and the build quality is very Apple, but it’s underwhelming nonetheless. It has no keyboard, it’s fragile, and it’s generally useless for anything but the most casual of casual gaming.

And as detrimental as its lack of QWERTY support is when it comes to data, password, and identity security, the fact that it can’t even play a simple twin-stick shooter is even a bigger black eye. That’s because, to my mind, this thing is only truly disruptive as a home console solution. Sure, it’s not as powerful as Xbox One or PS4, but that’s hardly the point. It’s certainly robust enough to run last-generation graphics, and that means that many aging-but-still-popular AAA titles and new indie games that find so much success on Steam and (more and more often) on the App Store now have a new place to call home.

Or they would if they were actually playable.

Unfortunately, they’re really not. Yet. Think about all the excellent top-down shooters on iOS, for example. These require independent movement and aiming, and the virtual joysticks work wonders on iPhone and iPad. Halo: Spartan Assault and Halo: Spartan Strike are two absolute gems, and they both look as good on my old iPad 3 as they do on my new Xbox. Space Marshals is another hit that — though at home on our mobiles — is essentially unplayable on our big screens. This basic lapse in playability is even more frustratingly underscored with first person shooters, perhaps the most popular genre of video game out there. Racing games do fare better, with Asphalt 8’s control mechanisms in line with single joystick/D-pad inputs, and any Wii-style offering should work well with the standard Apple TV remote.

For an example of what I mean, take the headline and lede from this Stuff Magazine post:

But all that sighed, none of this explains why Apple has still failed to update its Remote app. Worse, Apple apparently has no plans to do so.

And that’s a very stupid thing.

I’m starting to think that maybe Apple has something else up its sleeve.

Sure, I believe they’re developing an actual hardware-based gaming controller with dual thumb-sticks and so on, but that’s a hardware solution that requires a lot of research and development. It’s likely a ways down the road — along with, I assume, Apple’s own VR answer to Oculus Rift et al. But all that’s a different article. Right now, the engineers in Cupertino could make their new set-top box a hundred times better by releasing a dedicated Apple TV controller app for iPhone. There’s no reason they couldn’t bake this into the existing remote app, but it makes sense to separate the two concepts for the different kinds of users bound to plug in. A dedicated gaming app is a simpler answer, and it means that users of older Apple TV models needn’t bother with the larger size and power-draw that such an app would demand via its less-latent, always-on connection.

Here’s the idea: Apple keeps its barebones iPhone Remote App, but the app stays restricted to lesser Apple TVs. The fourth-generation model, however, gets a new Controller app, capable of many distinct layouts with single-side or dual-side digital joysticks, D-pads, input buttons, and the like. (These could even be developer specific, although a standard would be helpful for obvious reasons.) Depending on orientation, the iPhone’s volume buttons might even be used as shoulder bumpers, expanding the tactile input possibilities further. Additionally, with iPhone 6s (and, presumably, all future iPhones), 3D Touch would offer an extra level of input: tap to brake, press to drift, tap to shoot semi-auto, press to go full-auto, etc. While physical buttons are superior to virtual ones on a flat plane, muscle memory and simple, broad layouts would limit the requisite learning curve and guarantee a passable experience capable of handling almost every type of game currently available. Further, the ability to immediately have access to a full keyboard when required by games (and apps) would be a decided benefit over current hardware solutions from the big console players.

And this isn’t a wild idea by any means: There is ample iOS third-party precedent for all of it. Some of the very first iPad games had iPhone controller companions apps. Yes, those were (and remain) more or less specifically designed for their partner iPad games, but the concept is solid and something Apple ought to embrace immediately.

Eventually, we could (and should) see three tiers of input options for Apple TV users:

Still, there remains a major hurdle to clear for any of this to be possible: Apple is currently insisting that all games for Apple TV be fully playable with the unit’s included remote. That’s a bit bizarre if you think about it. Consider: Apple has an MFi standard when it comes to third party controllers for iPhone and iPad, and the packed-in Apple TV remote does not meet it. That means that, if the thing were a third-party product, it wouldn’t even meet Apple’s standard MFi seal of approval. That’s just … weird. You can find the details of the MFi controller API here, and you’ll see that it offers controls far more robust than the Apple TV remote is capable of. Here’s an example of a controller — the Stratus XL by SteelSeries — that meets the standards Apple itself insists upon: 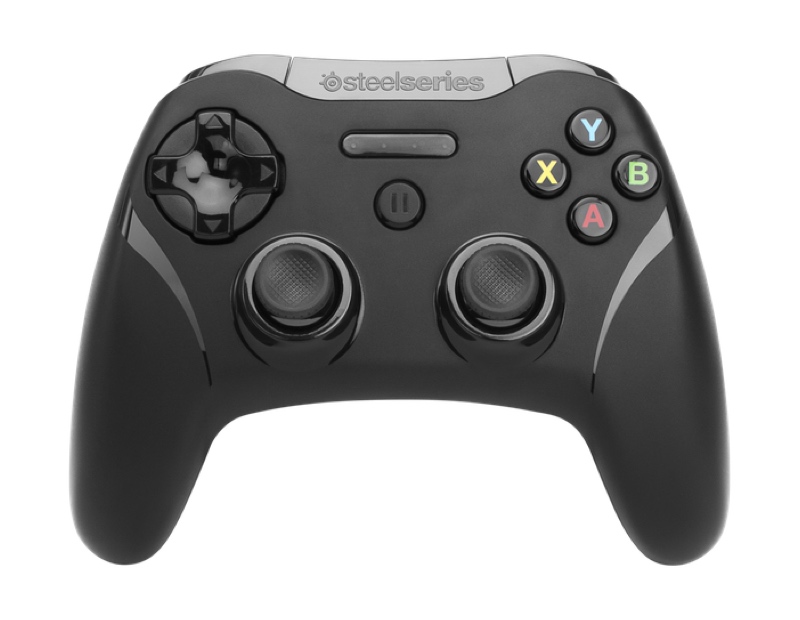 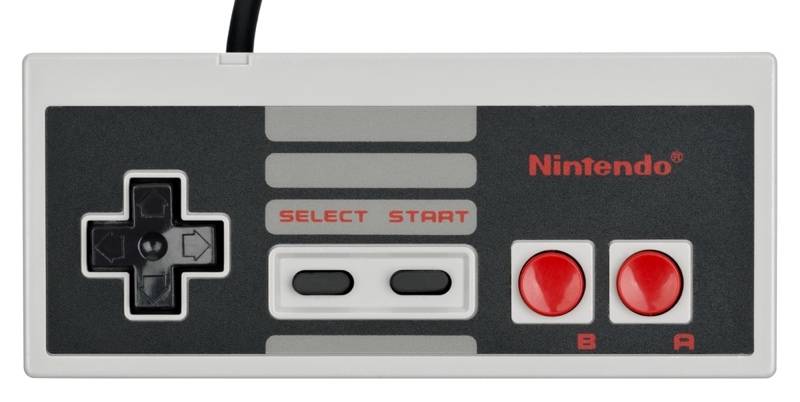 The disparity is obvious. And mind-boggling. Yep, Apple wants you to play modern games with a controller one button shy of the NES’ input capabilities. Yikes.

Of course, this limitation — coupled with the existing MFi controller program — seems to be a stop-gap requirement to allow Apple to bide its time as it develops the latter two systems listed above, thereby effectively preventing a competing accessory maker from jumping the gun on getting a great Apple TV game controller onto the market (this thing notwithstanding). Once Apple has its official stuff available, that pack-in remote “requirement” will evaporate overnight, as will any potential lost mindshare to third-party brands like SteelSeries, Mad Catz, Nyko, iHome, and so on. Everyone’s going to want the real deal, right?

If Apple makes the conscious decision to push Apple TV as a gaming console at the same level as its other media-delivery capabilities, the thing is going to put a big hurt on Nintendo and Steam. Even Microsoft and Sony will feel the sting, particularly on the indie side.

Apple TV has the potential to be a mainstream market disrupter in a way Apple Watch hasn’t achieved and iPad Pro likely won’t (albeit I wouldn’t want to be Wacom right now).

I think this could be Apple’s biggest product in years.