You are using an outdated browser. Please upgrade your browser to improve your experience.
Accessories
by Brent Dirks
November 4, 2015

Any time I’m asked to name a must-have accessory for the Apple Watch, my answer is always the same – a charging dock. While the inductive wireless charging of the watch is great to use, I’ve never particularly felt comfortable placing the device on my desk or nightstand where it could fall to the hard floor with a quick tug of the charging cable.

But for most docks, there is one major problem. You’ll need to provide your own charging cable. Obviously, Apple provides one with the watch, but after that the most inexpensive option is a 3-foot version for $29. A longer 6-foot version is $39. Adding that extra cost to a dock could be an unwelcome surprise.

Back in October, Belkin unveiled its Valet Charge Dock, the first option to offer an integrated Apple Watch charging disc. Developed closely with Apple, the dock also offers a built-in Lightning plug for an iPhone. 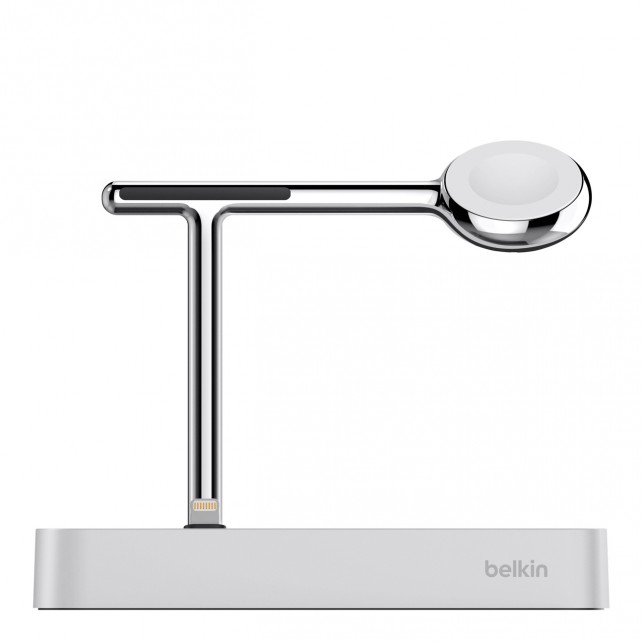 The dock features a weighted base that shouldn’t budge under normal use.

My first thought pulling the dock out the of box was a simple one. This is what an Apple Watch and iPhone charging stand would look like if Apple actually took the time to design one. The base is compact and made with a weighted metal. The bottom of the base is covered with special non-slip material that won’t scratch a desk or nightstand. Just plug in the included 5-foot power cable, and you’ll be ready to go

The other major part of the stand is a solid metal arm with a chrome metal finish. At one end is the integrated Apple Watch charging disc. Just place the back of your watch near the disc, and thanks to the built-in magnets, it will snap into place and start charging. It’s designed to charge all of the different combinations of watches and bands. Belkin even includes a band support clip that can protect more flexible options like the Milanese Loop and Link Bracelet.

When charging, the watch is also placed into a nice viewing angle. 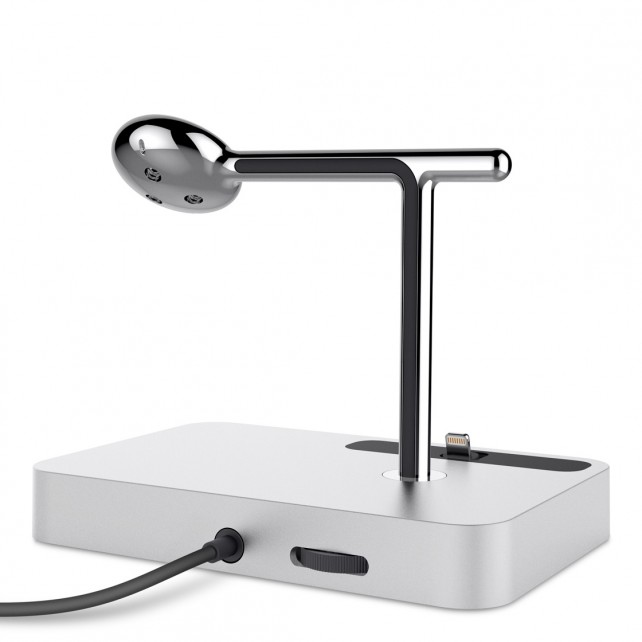 The dial on the back of the dock allow users to raise or lower the plug to accommodate a number of cases.

Getting an iPhone charging on the other side of the stand is also quick and easy. The best feature is an adjustable Lightning connector. You can use the small dial on the back of the dock to raise or lower the connector to find a perfect fit for most any iPhone case out there. I tried five different cases for my iPhone 6s Plus, and I was able to make each one work with the dial. I don’t have an extra-rugged case like an Otterbox Defender, but short of that, you can more than likely expect that you’ll be able to dock a protected iPhone without any issues.

And if you want to use a caseless iPhone, a soft pad on the docks arm will help protect the handset from getting scratched.

Before going any further, it’s prudent to once again bring up the retail price of $129.99. That’s extremely high compared to other options. But if you figure in the price of not needing to provide a spare Apple Watch and iPhone cable, which could range anywhere from an additional $40 to $50, that does make that price a bit more bearable.

Beyond the steep price, the only other downside I can find with the charger is that you can’t place an Apple Watch horizontally to trigger Nightstand Mode in WatchOS 2.0. While it is a handy feature, it has never been huge for me as I depend on regular alarm clock at my bedside. 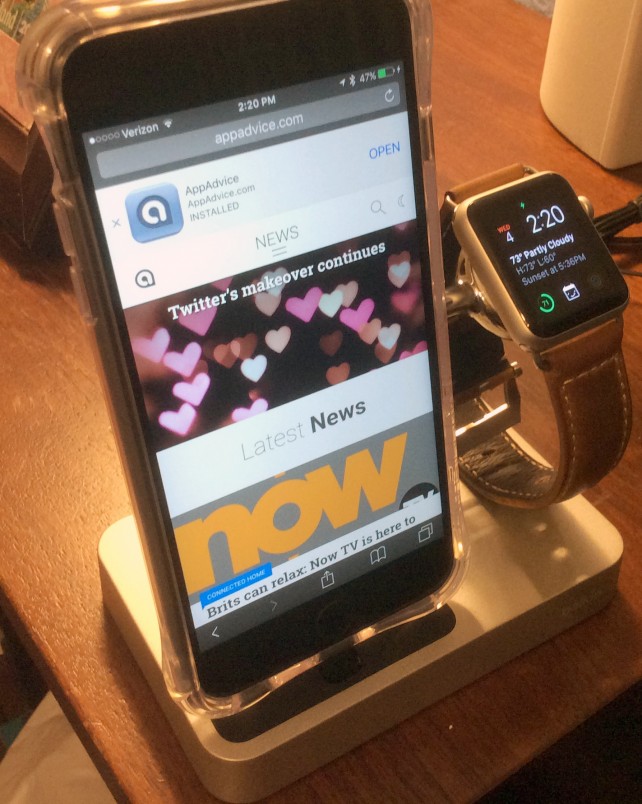 If you’ve got money to splurge, the Valet Charge Dock is top notch.

Past those issues, I’ve really enjoyed the Valet Charge Dock. Thanks to the beautiful Apple-like design and ease of use, it’s easily the best combination Apple Watch and iPhone dock I’ve tested so far. While the high cost could be a turn off for some potential buyers, I think it it’s worth a look – especially if you don’t have spare cables lying around. 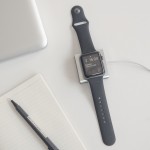 Review: Native Union's Anchor is a simple dock for the Apple Watch
Nothing found :(
Try something else