You are using an outdated browser. Please upgrade your browser to improve your experience.
iPhotographer
by Joe White
November 17, 2015

Google Photos, the free photo management app for iOS, is about to help users release a load of space on their iPhone, iPad, or iPod touch.

How so, you ask? Well, the application, according to Google (via 9to5mac), is soon to receive a useful update that adds a “Free Up Space” button in the app’s preferences. This button, when pressed, will delete images which have already been uploaded to Google Photos from the user’s Photos application. In turn, the removal of these images from a user’s iOS device will of course result in space being freed up, leaving room for more iOS applications. You’d be amazed how much space photos take up on iPhones and iPads, and so the feature should be a real help for many iOS device owners.

According to John Elstone at Google:

On the Settings screen, users will now see a “Free Up Space” button. Clicking on the button will prompt the user to bulk-delete copies of photos that have already been backed up from their device. To prevent device copies from being accidentally deleted, we’re asking users to double-confirm their intent during the ‘Free Up Space’ flow.

This sounds really useful. Though I’ve not taken Google Photos for a lengthy spin (choosing, instead, to put my faith in iCloud Photo Library), this could be the feature that pushes me towards Google’s product. Indeed, when my colleague Jeff Byrnes shared his thoughts on the service, the conclusion was hugely positive.

Aside from the incoming space-freeing feature, Google Photos also allows users to upload high-quality images, it offers a smart visual search tool, and the service can automatically create montages, interactive stories, collages, animations, and more. It’s definitely a smart piece of software, and is clearly one of the best (if not the best) photo management services out there.

Google Photos has yet to receive the aforementioned feature on iOS, but it is incoming. In the meantime, you can download the application free of charge on the App Store, and it’s optimized for the iPhone/iPod touch and iPad. 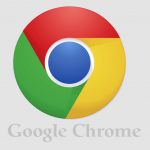 Google sends out a Chrome iOS beta using Apple's TestFlight
Nothing found :(
Try something else