You are using an outdated browser. Please upgrade your browser to improve your experience.
Accessories
by Brent Dirks
November 3, 2015

With its latest accessory, Nomad is making it even easier to recharge your iPhone on the go. As the name suggests, the Wallet for iPhone combines a standard men’s leather bifold wallet with a backup battery.

The battery itself is a 2,400 mAH cell and can completely recharge a dead iPhone 6s or iPhone 6. Users with an iPhone 6s Plus or iPhone 6 Plus should be able to charge their handsets to around 75 percent capacity. It also offers an integrated Lightning cable. You can fully recharge the wallet’s battery in around two hours.

By placing the battery on the spine, Nomad says that the wallet is no thicker than a standard billfold at just 25mm maximum. Along with cash, you’ll have more than enough room to carry other important items like a driver’s license and other credit cards. 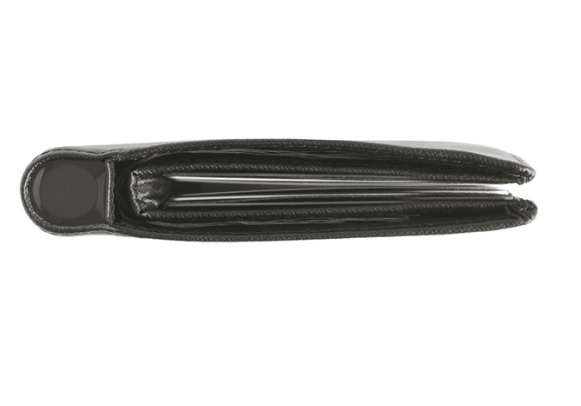 The wallet is no thicker than a standard billfold.

Nomad also says that the wallet has been designed and tested to pass airport security checks and is 100 percent compliant with world battery standards for carry-on items.

While the wallet will retail for $99.99, you can preorder now from Nomad’s site for $79.99. Shipping will begin later this month on Sunday, Nov. 15. The wallet will also be available at your local Best Buy.

I’m definitely looking forward to trying out the wallet. Even though Apple Pay support has continued to grow here in the United States, I still carry a wallet everywhere I go. And adding in a backup battery is a great idea – especially with a built-in Lightning cable.

I recently reviewed Nomad’s Strap for the Apple Watch, and the new wallet looks like another winner from the company.

For other recent accessory news and reviews, see: The Spigen Ultra Hybrid for iPhone 6s/6 offers clear protection, Get your musical groove on with Rock Jaw Audio’s Alfa Genus V2, and The iOS-connected Teforia takes tea-making to the next level.

5 great accessories you need for the new Apple TV 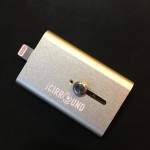 Transfer files between your Mac and iOS devices at lightning speed with the iShowFast
Nothing found :(
Try something else