You are using an outdated browser. Please upgrade your browser to improve your experience.
Connected Theater
by Brent Dirks
November 13, 2015

Sling TV is heading to the great outdoors. The streaming service announced today that it is adding Outside Television to its add-on Sports Extra pack that costs an additional $5 per month.

As you can probably tell by the name, the network focuses on extreme sports like skiing, snowboarding, surfing, kayaking, climbing, mountain biking, BASE jumping, and more.

Originally launching back in January, the base Sling TV package costs $19.99 per month and includes a number of popular live TV channels like TBS, ESPN, TNT, and many more.

Along with the sports package, viewers can also choose a number of additional add-ons like HBO and other channels.

And earlier this week, Sling announced a great new promotion with T-Mobile. Any T-Mobile Simple Choice user can subscribe to the basic package for just $14 a month for 12 months. That’s a 33 percent discount.

Thanks to the newly announced Binge On program from the carrier, subscribers can view Sling content and video from 23 other providers, including Netflix, HBO, and Hulu, without it counting against their data plans. That will officially kick off on Sunday.

If you can’t wait until Apple officially unveils its similar rumored offering sometime in 2016, Sling TV is a great option to take a look at if you’re wanting to cut the cord now.

Along with a Mac or PC, you can access the service via the companion Sling Television app. It’s designed for the iPhone and iPad and can be downloaded now for free.

For other news today, see: Make efficiency a game with Productivity, Get flipping through that news with Flipboard on iPad Pro, and Put your nose to your phone in the puzzler Progress to 100. 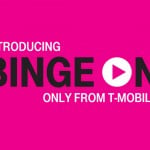 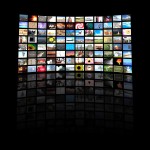 Chromecasters can now enjoy Sling TV on their big screens
Nothing found :(
Try something else