You are using an outdated browser. Please upgrade your browser to improve your experience.
Accessories
by Brent Dirks
December 4, 2015 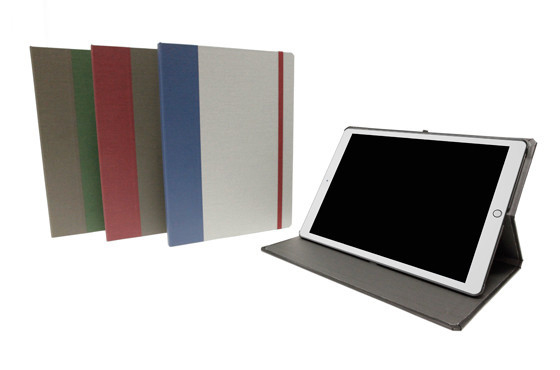 The iPad Pro arrived back in November, and accessory makers are quickly producing a number of different case options for the new device. If you’re not looking for a solution with an integrated keyboard, definitely take a look at DODOCase’s Multi-Angle Case. Like other cases from the company, the exterior is made with bookbindery material. The iPad itself is held into the case with a specially designed slim tray. One of the best features is the stand that allows the tablet to be placed into a number of different angles in horizontal orientation. An elastic loop provides a nice place for the optional Apple Pencil.

It’s available in four different color combinations and can be purchased now from the company’s site for $79.95. Because each case is handmade, you’ll need to factor in an extra two weeks of production time before it can ship.

Made for the iPad Pro

And speaking of the Apple Pencil, this is one accessory most iPad Pro users don’t want to pass up on. Apple’s vision of a stylus only works with the largest iPad, but you’re definitely in for a treat. Tailor made for creative projects, the latency is near zero, and a number of sensors calculate the exact orientation and angle of your hand along with exactly how hard you’re pressing down on the screen. The built-in battery can provide up to 12 hours of use, and it recharges by simply plugging into the iPad Pro. If the battery does happen to run out, a 15 second charge will give you 30 minutes of use.

If you’re looking to purchase the $99 stylus, be prepared to wait. Any orders placed today at Apple’s site are slated to ship in four to five weeks and will more than likely arrive after Christmas. 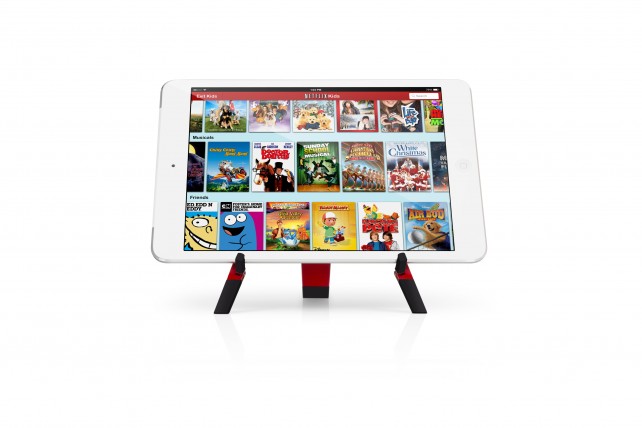 A multi-purpose stand for an iPad, iPad mini or iPad Air, the Compass 2 can hold an iPad in either portrait or landscape orientation. A soft rubber coating protects whatever surface you sat the stand on and the iPad itself. As an extra added perk, the stand’s foldaway second leg can place your tablet into a nice typing angle. When the stand isn’t needed, or when it’s time to hit the road, you can fold it flat and place it into the included soft travel sleeve.

You can purchase the stand now directly from Twelve South’s site for $39.99. You can choose from one of three different stand colors – silver, black, or red. 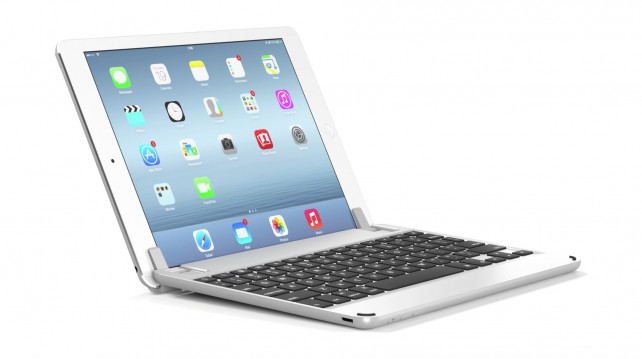 While Apple’s Smart Keyboard is only designed for the iPad Pro, that doesn’t mean you can’t get work done with an iPad Air or iPad Air 2. The BrydgeAir Keyboard is designed to bring a MacBook-like typing experience to the mid-sized tablet. A special hinge can rotate your iPad a full 180 degrees so you can find that perfect typing angle. The keyboard itself is backlit and does offer a number of iOS-specific shortcuts like home, search, and more. The speakers are designed to provide an enhanced, stereo-like audio experience. A built-in battery can last for up to three months on a single charge.

You can purchase a silver, space gray, or gold version of the keyboard designed to match the three different tablet colors. It can be purchased now for $129.99. The company also has a keyboard designed for the iPad mini. 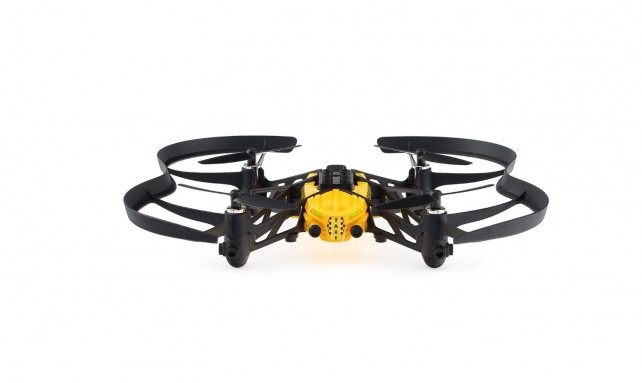 You don’t have to break the bank to fly a drone. Parrot’s Airborne Cargo MiniDrone can perform a number of fun acrobatic flips and stunts. Connecting to an iPad or iPhone via Wi-Fi, flyers can control the drone with the companion FreeFlight3 app. As the name suggests, you can transport small objects in one of the drone’s compartments or attach a Lego mini figure or block with the included base. You can even snap photos during flight using the embedded camera.

The drone is available to purchase for $99.99. Buyers can select from a white or yellow version. 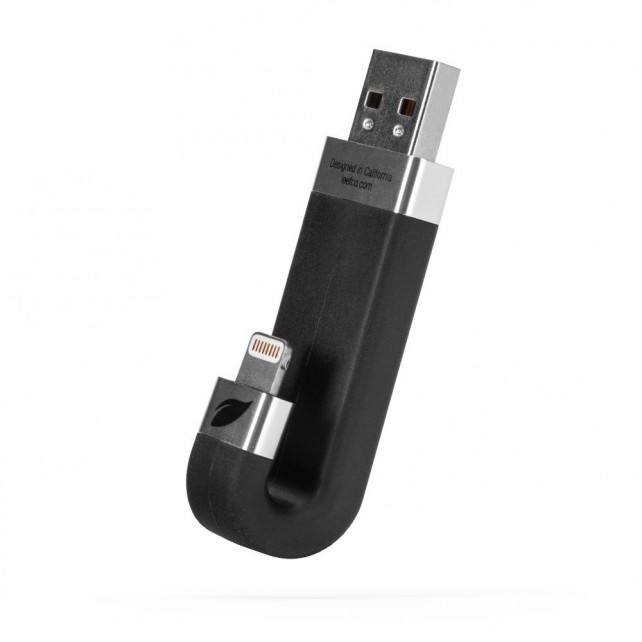 Like or not, you may be stuck with a 16GB iPad. But you don’t need to shell out the cash to buy a brand new tablet to fix those space issues. Leef’s iBridge is a Lightning-enabled USB flash drive. One end sports a standard USB plug while the other side features a Lightning connector that can plug into your iOS device. With the drive plugged into your iPad or iPhone, you can do things like backup your Camera Roll to free up storage. You can also capture photos directly to the device itself and also store movies and music. The great design is compatible with most cases, and you can easily keep the iBridge attached in most situations.

Gamevice for the iPad mini, $99 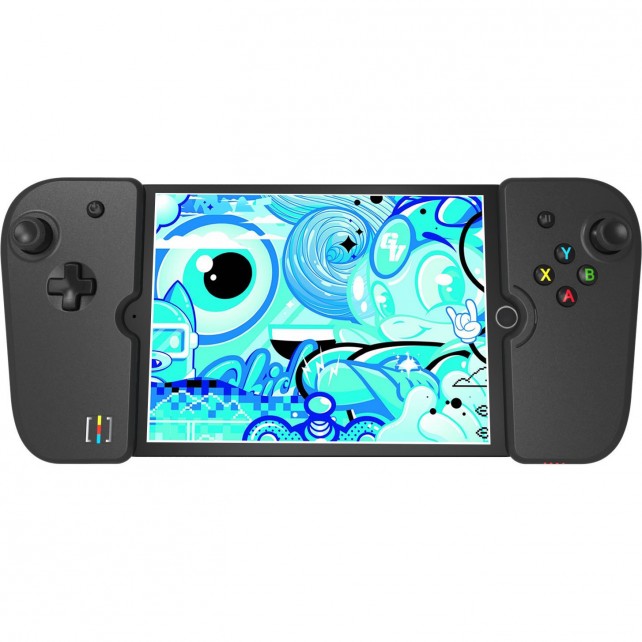 While there are a number of MFi gaming controllers, the Gamevice for the iPad mini provides a different type of experience. The controller attaches to the iPad mini and turns the tablet into a portable machine truly made for gaming. You’ll need to remove the mini from a case and then place it into the controller. There’s no need to do any pairing as the Gamevice features a built-in Lightning plug. Gamers of any skill level will be right at home with the dual analog stick, twin triggers, classic D-pad, and familiar button layout.

As an extra-added touch, the companion Gamevice Live app will show all known games that can be used with the controller.

You can snag the controller for $99. Versions of the device made for the iPad Air and iPhone 6 are promised as coming soon. 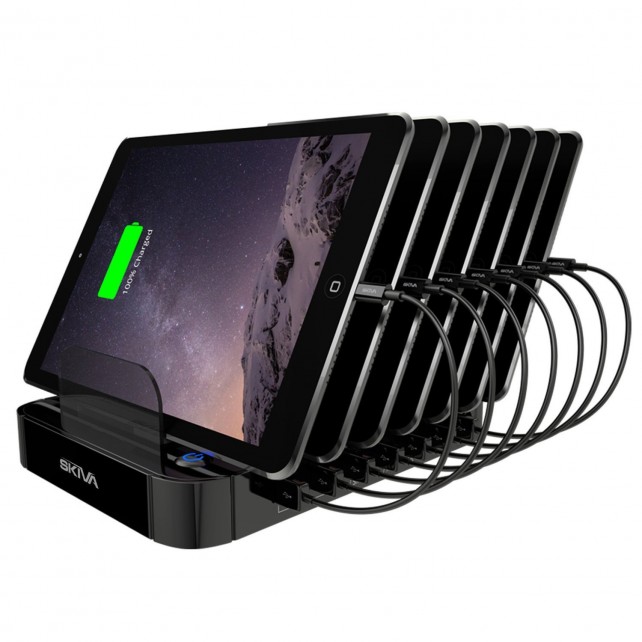 In a house with more than one iOS device, finding a place to store and charge everything can sometimes be tricky. And that’s not to mention the mess of charging cords most of us have on our desk or nightstand. But Skiva’s StandCharger can make that mess a little more manageable.

The stand itself is a rectangular shaped piece of black plastic. The USB ports are located on the right side while the power button is near the front. After getting everything set, you can plug in the extra-long power cable, hit the power button, and start charging.

Each USB port offers up to 2.4 amps of power, meaning it will charge up to seven devices – like an iPad or iPhone – with the maximum possible speed.

The stand can be purchased now for $64.99. Just to note, it doesn’t include any charging cables, but Skiva does provide a number of cable ties for your current Lightning cords. 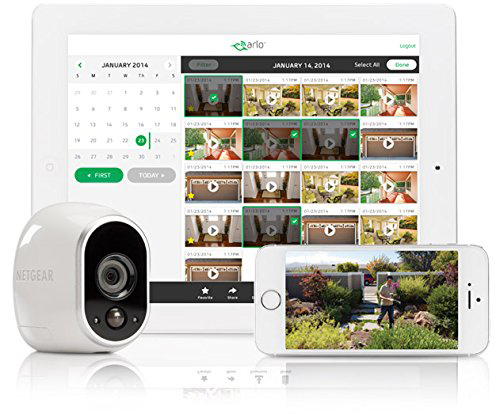 While setting up security cameras inside or outside your home has gotten easier, there’s still the little matter of needing a power source. But that’s not an issue with Netgear’s Arlo system. The completely wireless cameras are powered by a small, user replaceable battery. Each camera is also completely weatherproof and is designed to handle the elements outside or in your home. Using the companion app, users can be notified when the cameras sense motion and then view the video. The cameras record 720p video and also have night vision to see what’s happening in the dark. Users can store and review the last seven days of recordings for free.

For $149.99, you can purchase a starter kit that offers one camera. And if you’re wanting to keep a watchful eye on more places, a two, three, four, and five camera bundle are also available to purchase for more. 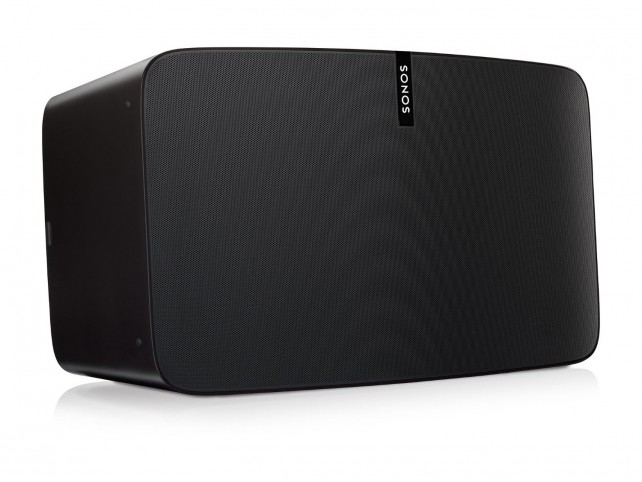 The great line of Wi-Fi enabled speakers from Sonos is one of my favorite ways to listen to streaming music. And earlier this month, the company’s second-generation Play: 5 hit the market. Packed with six drivers, three mid-woofers, and three tweeters, the speaker can easily fill a room with sound. Along with a being able to place one in horizontal orientation as a standalone speaker, you can pair two speakers together in either a vertical or horizontal position for massive stereo sound.

The top of the speaker features touch controls that allows users to play, pause, and change the music track along with adjusting the volume.

It can be purchased now for $499.99 and buyers can select from a black or white version. While that may be expensive, my colleague Bryan M. Wolfe recently reviewed the Play:5 and found that the sound quality of the speaker is well worth the cost of admission. And with Apple Music arriving on all Sonos speakers starting later this month, the new Play: 5 can easily act as a great start to a wonderful whole-house music system. 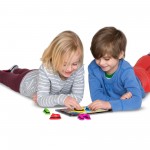 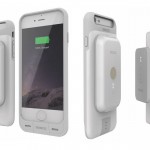 The Stack Pack is a wireless charging system for the iPhone 6s/6 and 6s/6 Plus
Nothing found :(
Try something else