You are using an outdated browser. Please upgrade your browser to improve your experience.
iPhotographer
by Joe White
December 19, 2015

Already, Photoshop Fix supports the iPad Pro: in fact, the application received an update back in October, ahead of the device’s release, adding support for the 12.9-inch tablet. This included optimization for iOS 9 multitasking (on the iPad Pro, iPad Air 2, and iPad mini 4), as well as “basic Pencil support,” according to Adobe. At the time, we weren’t sure if this included support for the Pencil’s smart pressure- and tilt-sensitivity functionality, though as it turned out, basic really did mean basic.

Photoshop Fix’s 1.2 update, however, brings true support for the Apple Pencil to the application. In the app’s release notes, Adobe explains:

On iPad Pro, make the most of the Apple Pencil’s sensitivity to pressure and tilt for better precision and control in selective edits.

Of course, it goes without saying that this is a great change to the application; I’ve been using the Apple Pencil for a few weeks now in apps like Procreate to sketch and draw, and the device’s pressure- and tilt-sensitivity is really quite remarkable. As such, making edits inside of Photoshop Fix is now better than ever using the Apple Pencil: users will find that they can be more precise, and achieve better results thanks to enhanced support for the Cupertino-made stylus.

Aside from enhanced Pencil support, Photoshop Fix is now also optimized for 15 additional languages, and the usual bug fixes have also been made to the application.

If you own an iPad Pro and Apple Pencil, there’s been no better time to take Photoshop Fix for a spin. You can downloaded the application free of charge on the App Store, and it’s optimized for the iPhone/iPod touch and iPad. 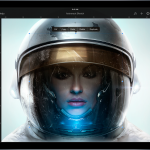 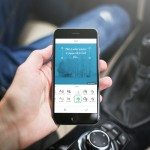 Create great social graphics on the go with Adobe Post
Nothing found :(
Try something else