You are using an outdated browser. Please upgrade your browser to improve your experience.
Connected Home
by Joe White
December 1, 2015

Amazon has sent out an update for its Amazon Video iOS application making a number of great changes. Yet despite this, many users will be disappointed to learn that the application still hasn’t added support for tvOS, even though optimization is reportedly incoming.

Chief among the changes made in Amazon Video’s 3.3 update is support for the iPad Pro, for iOS multitasking, and for Picture in Picture video. You’ll now be able to run the app alongside another application (on a supported device), or using Slide Over for iOS 9. Of course, if you own Apple’s 12.9-inch iPad Pro (which has been touted as an awesome media player, as well as a great device for getting work done), this’ll be music to your ears.

There’s also support for X-Ray in version 3.3 of the app, and this brings IMDB information on actors, songs, and trivia just a tap away. As such, it’ll be more convenient than ever for users of the application to find out more about the people they’re watching.

In addition to the above, support for Next Up makes it easier to keep on watching a TV show through serving up episode after episode, and on the iPhone 6s and 6s Plus, support for 3D Touch quick actions have also been added. These let users access their favorites faster through interacting with the handsets’ pressure sensitive display.

But the service is tvOS-bound

Not long ago, a note from an Amazon customer service assistant explained that Amazon Video support for tvOS was incoming, and would launch in just a few weeks. Since, we’ve been watching the App Store closely in the hope that an update for the application would add support for the fourth-generation Apple TV.

As I said in my other article, support for Amazon Video could sway me to pick up an Apple TV 4. As a Prime customer, I love that Amazon’s streaming service is bundled as part of the yearly fee, and as such it’s the only streaming service I use. Once Amazon Video does make the jump to tvOS, I don’t think it’ll be long until a new set-top box arrives in my living room.

You can download Amazon Video 3.3 on the App Store now, and it’s optimized for the iPhone/iPod touch and iPad. 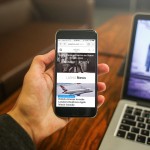 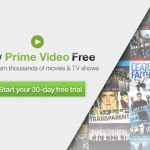