You are using an outdated browser. Please upgrade your browser to improve your experience.
Music
by Joe White
December 6, 2015

It looks like Apple has increased the match limit for both its iTunes Match and Apple Music online services, according to a number of reports.

Before now, customers of both iTunes Match and Apple Music had previously been able to scan and match a maximum of 25,000 songs. However, Apple’s senior vice president of Internet Software and Services, Eddy Cue, had confirmed that Cupertino was “definitely working on” increasing this limit, and now, it seems that a higher scan-and-match limit is in place for both services.

A new limit for users

According to Macworld’s Kirk EcElhearn, writing on his personal blog, Apple has indeed boosted the match limits for both iTunes Match and Apple Music.

Though as of this writing, the precise increase hasn’t been confirmed. Yet Apple did note previously that the 25,000 limit would ultimately increase all the way to 100,000 before the end of 2015. So far, it seems EcElhearn (and others) are having trouble finding iTunes users with libraries big enough to test this limit.

How many tracks have you been able to match? Let us know in the comments and we’ll try to work out the new limit together.

A move in the right direction

Even though the specifics aren’t yet being disclosed publicly (Apple’s support page, for instance, hasn’t been updated either), it’s nevertheless great news to hear that Cupertino has honored its promise to boost the scan-and-match limit for both of its online iTunes services. Though this doesn’t go towards quelling the issues some have had with Apple Music, it’ll nevertheless be great news for subscribers who have large collections of their own music.

In related news, a Beats headphones purchase could bag you as much as a free six-month subscription to Apple Music. 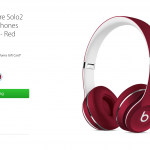 Apple is offering a $60 iTunes voucher with Beats headphones 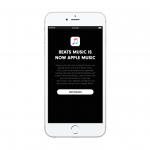 You have until Jan. 19 to migrate your data from Beats to Apple Music
Nothing found :(
Try something else