You are using an outdated browser. Please upgrade your browser to improve your experience.
The People Behind Apple
by Joe White
December 22, 2015

Apple has publicly condemned the United Kingdom’s recently proposed investigatory powers surveillance bill, arguing that for the majority of law-abiding customers, the move would effectively serve to “weaken security,” according to a recent report.

A threat to customers

The news comes from the Guardian, which explains that Apple, on Monday, made a submission to the bill’s committee in which it voiced concerns regarding the move.

You see, the investigatory powers bill would require companies operating in the United Kingdom to store the details of website visitors for at least 12 months, and to make this information readily available for law enforcement agencies (if required). Home Secretary Theresa May presented the bill in November to the House of Commons, and it’s currently awaiting committee approval.

Apple, however, rightly sees this as a significant security threat for the majority of customers, and outlined this in its submission, saying:

We believe it would be wrong to weaken security for hundreds of millions of law-abiding customers so that it will also be weaker for the very few who pose a threat. In this rapidly evolving cyber-threat environment, companies should remain free to implement strong encryption to protect customers.

The creation of backdoors and intercept capabilities would weaken the protections built into Apple products and endanger all our customers. A key left under the doormat would not just be there for the good guys. The bad guys would find it too.

Apple added, perhaps most importantly, that such a move could violate the trust its customers have with the company: “It would place businesses like Apple – whose relationship with customers is in part built on a sense of trust about how data will be handled – in a very difficult position.”

For now, the bill is subject to approval by its committee. As such, it remains to be seen whether the British government will make a U-turn on the move. 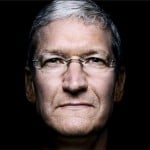 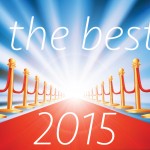 AppAdvice picks the best iOS apps and games of 2015
Nothing found :(
Try something else