You are using an outdated browser. Please upgrade your browser to improve your experience.
Apple's Ups & Downs
by Aldrin Calimlim
November 10, 2015

Ahead of the launch of the iPad Pro later this week, Apple CEO Tim Cook has been granting interviews to different major media outlets. And one of the latest to be published comes from The Telegraph in the U.K., with which Cook talked about key topics including Apple’s new devices and commitment to user privacy.

“I think if you’re looking at a PC, why would you buy a PC anymore? No really, why would you buy one?” Cook asks with regard to the iPad Pro, which is being touted by Apple as a more than capable PC substitute. “Yes, the iPad Pro is a replacement for a notebook or a desktop for many, many people,” he says. “They will start using it and conclude they no longer need to use anything else, other than their phones.”

The iPad Pro is the largest iPad yet, sporting a 12.9-inch Retina display with 5.6 million pixels. It also features a powerful 64-bit A9X chip and compatibility with the Apple Pencil stylus and the Apple-made Smart Keyboard.

As announced by Apple earlier yesterday, the iPad Pro will go on sale at Apple Stores, select carriers, and Apple Authorized Resellers in the U.S. and more than 40 additional countries beginning later this week. Online orders are scheduled to begin on tomorrow, Wednesday, Nov. 11.

According to the interview, Cook expects the device to be particularly popular with creatives and consumers of music and movies.

Cook remains reticent about the actual numbers surrounding the sales of the Apple Watch, only going so far as to say that “things are going well” with the wearable device.

He is, however, eager to talk about the Apple Watch’s advantages for the well-being of users, even citing the widely reported instance where the device’s activity and heart-rate monitoring capabilities effectively saved a high school football player’s life.

Cook suggests that there are more health-focused products in Apple’s pipeline. But contrary to common expectations, they’re likely to be separate from the Apple Watch since the FDA approval attendant on built-in health features would hamper innovation on the Apple Watch:

We don’t want to put the watch through the Food and Drug Administration (FDA) process. I wouldn’t mind putting something adjacent to the watch through it, but not the watch, because it would hold us back from innovating too much, the cycles are too long. But you can begin to envision other things that might be adjacent to it — maybe an app, maybe something else.

Of course, it would be remiss of Cook not to talk about the new Apple TV, which was released late last month. The fourth-generation Apple TV constitutes a major update to the Apple TV platform with the introduction of a new operating system, tvOS, with support for an app store for downloading apps to the device. It also comes with a new touch-optimized Apple TV remote with Siri integration and motion sensing.

Cook says that the new set-top box enjoyed “very strong” initial sales and that the variety of apps developed for it is indicative of the device’s success going forward. But as for Apple’s long-rumored TV subscription streaming service, Cook has this to say:

We will see. The key question for us is: can we do something better, that acts as a catalyst? If we conclude that we can, then we would. But I wouldn’t do something just to do something.

Finally, in the interview, Cook reiterates Apple’s stance on user privacy and protection primarily through encryption:

“To protect people who use any products, you have to encrypt. You can just look around and see all the data breaches that are going on. These things are becoming more frequent. They can not only result in privacy breaches but also security issues. We believe very strongly in end to end encryption and no back doors,” Cook warns. “We don’t think people want us to read their messages. We don’t feel we have the right to read their emails.”

Cook’s renewed comments on data encryption come in light of British Home Secretary Theresa May’s controversial Investigatory Powers Bill aka the Snooper’s Charter, which would require tech companies to provide unencrypted commmunications from users’ accounts to authorities if requested through a warrant.

In another new interview

Prior to the publication of Cook’s interview with The Telegraph, The Independent published its interview with the Apple CEO. That interview was decidedly focused on the iPad Pro, though, with Cook mostly uttering marketing material than considered opinion:

“The thing that’s interesting about this is that the hardware, combined with the software, especially with features such as split view multitasking, means that this iPad now appeals to virtually everybody. You can marry it with a keyboard cover that turns it into a laptop replacement, say. But it’s also an incredible entertainment device with a first-class audio experience along with the immersive Retina display. And now you have the Pencil, so that it can replace the sketch pad.” 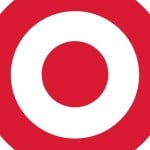