You are using an outdated browser. Please upgrade your browser to improve your experience.
Music
by Joe White
December 27, 2015

In Canada and Britain, Dec. 26 marks “Boxing Day,” the beginning of a mini-season of post-Christmas sales. Apple, as usual, is acknowledging this in the Canadian and British iTunes Stores, and has added a new section for Boxing Week, in which countless albums have been discounted for a limited time.

In order to check on the selection of discounts in iTunes, you’ll need to find Apple’s Boxing Week section (which can be accessed using a new, special widget from inside iTunes on iOS, Mac, or PC) in the Canadian iTunes Store. There’s a big, blue widget along the top of the screen, and tapping this brings you over to the selection (pictured above). Here, a bunch of usually-$9.99 albums have been discounted to $5.99, $6.99, or $7.99, and the range includes four different categories of music:

Albums include music by The Weeknd, Drake, Fall Out Boy, Fleetwood Mac, Bruce Springsteen, Travis Scott, and James Bay. In each case, a few dollars have been knocked off the album’s usual price.

Apple’s sale is available in Britain, too, albeit under a different name. Here, a “Hit Albums from £3.99″ section has been added to the iTunes Store, and a range of discounted albums (including Ed Sheeran’s “X,” and Taylor Swift’s “1989”) are available for customers to purchase, with prices indeed starting at £3.99. I’m unsure why Apple isn’t using the “Boxing Week” label for its sale (we have Boxing Day here in Britain, too), but the deals are nevertheless available. 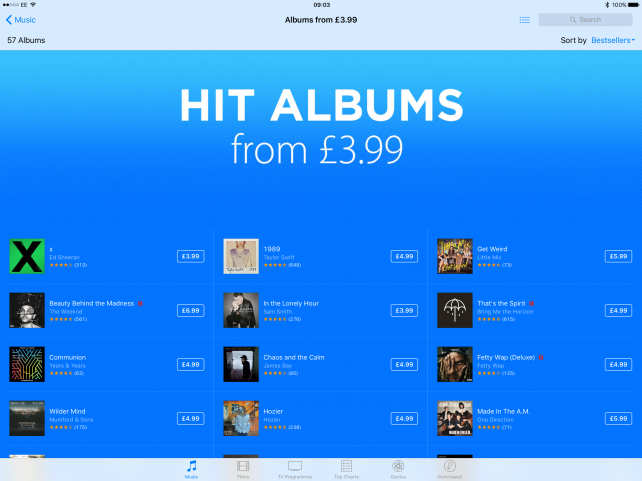 Rather than separating its discounted albums into categories, however, the sale in the British iTunes Store instead lists a plethora of uncategorized discounted music for customers to choose from. There are some titles which are available in both Canada’s and Britain’s iTunes sales, however.

So, if you live in Canada or Britain, head over to the iTunes Store now, and take advantage of Apple’s limited-time music sale. Or, of course, you could do what I’ve recently done and sign-up for an Apple Music subscription; despite facing some initial qualms with the three-month trial back in summer, I’m now finding the service to work fairly well. 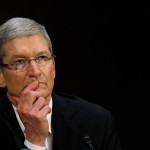