You are using an outdated browser. Please upgrade your browser to improve your experience.
iWallet
by Brent Dirks
December 15, 2015

BJ’s is the second major retailer to support the mobile payment system with its in-house cards. Earlier this year, Kohl’s was the first to allow its store credit card to work with the service. JCPenney store credit cards are also expected to be compatible with Apple Pay soon.

Earlier today, 66 new credit unions and banks were also added to Apple’s list of more than 800 providers that support the service.

Here in the United States, getting financial institutions to support the mobile payment system hasn’t been an issue. The big sticking point has been getting retailers to jump on board. But the situation looks to be improving, a bit, starting next year.

Last month, Apple’s Jennifer Bailey said Starbucks and other food establishments like KFC and Chili’s will support Apple Pay sometime in 2016. Cinnabon and Domino’s will support the service soon.

Earlier this fall, the payment system arrived for some users in Australia and Canada. Apply Pay arrived in the United Kingdom in July. And a recent report said that Apple Pay could land in the very important and huge China market sometime in the first quarter of 2016.

The iPhone Upgrade Program means good things for the handset 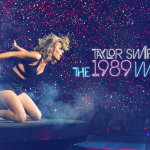 Players gonna play: Apple Music scores another exclusive from Taylor Swift
Nothing found :(
Try something else