You are using an outdated browser. Please upgrade your browser to improve your experience.
iWallet
by Brent Dirks
October 27, 2015

First announced back at WWDC in June, Kohl’s has just confirmed that its store-branded credit card is the first to work with Apple Pay.

There are more than 1,160 Kohl’s locations across 49 states. That makes it the largest department store chain measured by the number of stores.

In an interesting report first publicized earlier today, a survey of 15,000 U.S. consumers showed that the payment system is being used by 14 percent of households with eligible credit cards. But it seems that the overall adoption rate is slowing.

Consumers in Generation X – ages 33 to 48 – account for almost half of Apple Pay users. And younger users, 18 and older, make up a large amount of the remainder.

After officially launching more than a year ago in the United States, Apple Pay arrived in the United Kingdom during the summer. It’s rumored to arrive in Canada and Australia sometime before the end of the year.

Apple’s Jennifer Bailey announced in early October that the technology would roll out to Starbucks and a number of other restaurant locations, like Chili’s and KFC, in 2016.

The iPhone 6s, iPhone 6s Plus, iPhone 6, and iPhone 6 Plus can use Apple Pay in stores.

While I’ll happily use Apple Pay anywhere it’s available, I think the big key for the system to thrive is getting retailers on board – which has so far proven to be an interesting battle for Apple. Hopefully that will improve soon.

For other news today, see: Don’t expect to get chart info from Siri if you aren’t subscribed to Apple Music, Apple TV’s new App Store will have plenty to choose from, and Starting in Germany, carrier billing rolls out to iTunes. 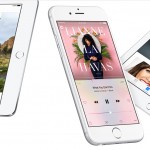 Research study shows Apple Pay adoption is slowing
Nothing found :(
Try something else