You are using an outdated browser. Please upgrade your browser to improve your experience.
Apple's Software
by Brent Dirks
December 3, 2015

First promised back at WWDC in June, Apple has just taken its Swift programming language open source with the introduction of a new site – swift.org.

By going open source, developers can possibly use Swift to code projects outside the Mac, iOS, Apple Watch, and tvOS realm. 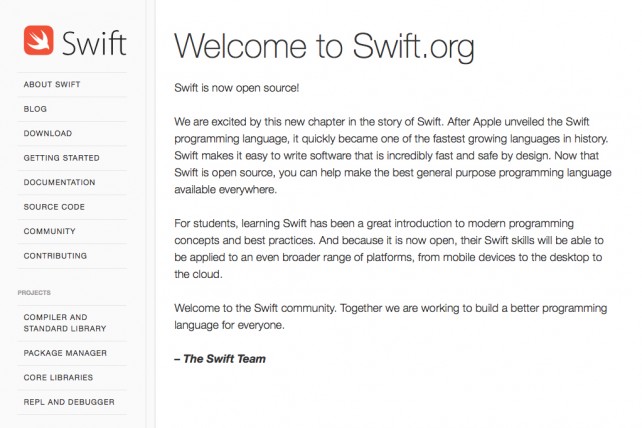 We are excited by this new chapter in the story of Swift. After Apple unveiled the Swift programming language, it quickly became one of the fastest growing languages in history. Swift makes it easy to write software that is incredibly fast and safe by design. Now that Swift is open source, you can help make the best general purpose programming language available everywhere.

For students, learning Swift has been a great introduction to modern programming concepts and best practices. And because it is now open, their Swift skills will be able to be applied to an even broader range of platforms, from mobile devices to the desktop to the cloud.

On the site, interested users can take a look at the language and download a copy to modify for their own purposes without needing to compensate Apple in any form.

Swift was first introduced at WWDC 2014 and is designed to build on the best C and Objective-C programming without compatibility restraints. Apple says the language is designed specifically to be faster, clearer, and more effective than Objective-C.

I think taking Swift open source is a great idea by Apple and should definitely help the language grow.

For other news today, see: Nearly confirmed: The 4-inch ‘iPhone 6c’ is coming next spring, Songza to shut down on Jan. 31 in favor of Google Play Music, and Fire up even more media streaming on the Apple TV with Infuse. 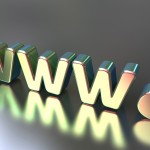 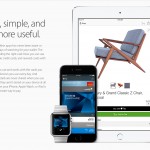 More than 40 new banks are now supporting Apple Pay in the United States
Nothing found :(
Try something else