You are using an outdated browser. Please upgrade your browser to improve your experience.
Apple + Enterprise
by Brent Dirks
December 16, 2015

IBM has just hit a nice milestone in its big partnership with Apple. The company announced today that it has delivered its 100th MobileFirst for iOS app.

The company didn’t release the name of the app that pushed the number into triple digits, but did highlight a number of ways its apps have been used by enterprise customers. Currently, the apps span 14 different industries and 65 individual professions.

Some of the current professions the apps are designed to help include flight attendants, first responders, nurses, and retail buyers. Future apps will touch the consumer products, automotive, aging, and chemical/petroleum sectors. 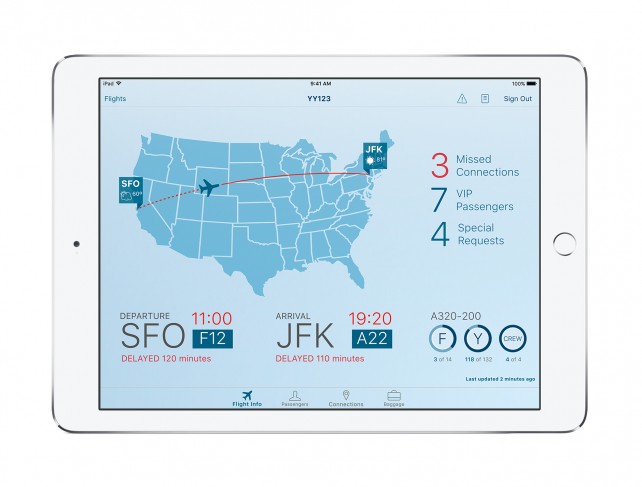 The IBM MobileFirst apps are being used by 14 different industries and 65 individual professions.

The apps are being used by companies like Air Canada, AXA, Coca-Cola Amatil, Japan Post, Vodafone Netherlands, and SAS.

Preparing for the Pro

IBM also said it is currently developing enterprise apps specifically for the iPad Pro, which isn’t much of a surprise. After introducing the larger tablet back in September, Apple made a big push to position the new device as a solution for business users. Some of IBM’s apps will also support the optional Apple Pencil.

Apple and IBM first announced the partnership back in mid-2014.

In late August, Apple also began a partnership with another business giant – Cisco. In the partnership, the companies will work together to improve the performance of iPhones and iPads using the business networks. Cisco is also planning to produce iOS-specific versions of its business tools like Cisco Spark, Cisco Telepresence, and Cisco WebEx. 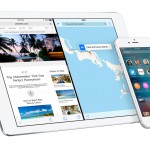 Apple shuts down Topsy, the social media analytics firm it acquired 2 years ago
Nothing found :(
Try something else