You are using an outdated browser. Please upgrade your browser to improve your experience.
Pocket Gaming
by Aldrin Calimlim
December 6, 2015

Another potentially addictive casual arcade game has just come out of BoomBit, the studio behind Bird Climb, Tower Dash, and the recently released Running Circles. And this new title has you assuming the role of a square character who must swing like a spider. Hence, the name of the game: Spider Square.

It’s hip to be square

Reminiscent of the now defunct Flappy Bird and the still strong Badland, Spider Square lets you use simple one-touch controls to guide the game character and help it avoid the obstacles and collect gems along the way. In the game’s case, you have to tap and hold to cling to overhead surfaces and release to detach.

Of course, the farther you go, the higher your score. Make no mistake, though: Spider Square is one of those deceptively simple games that appear so easy to play yet turn out to be so easy to die in. 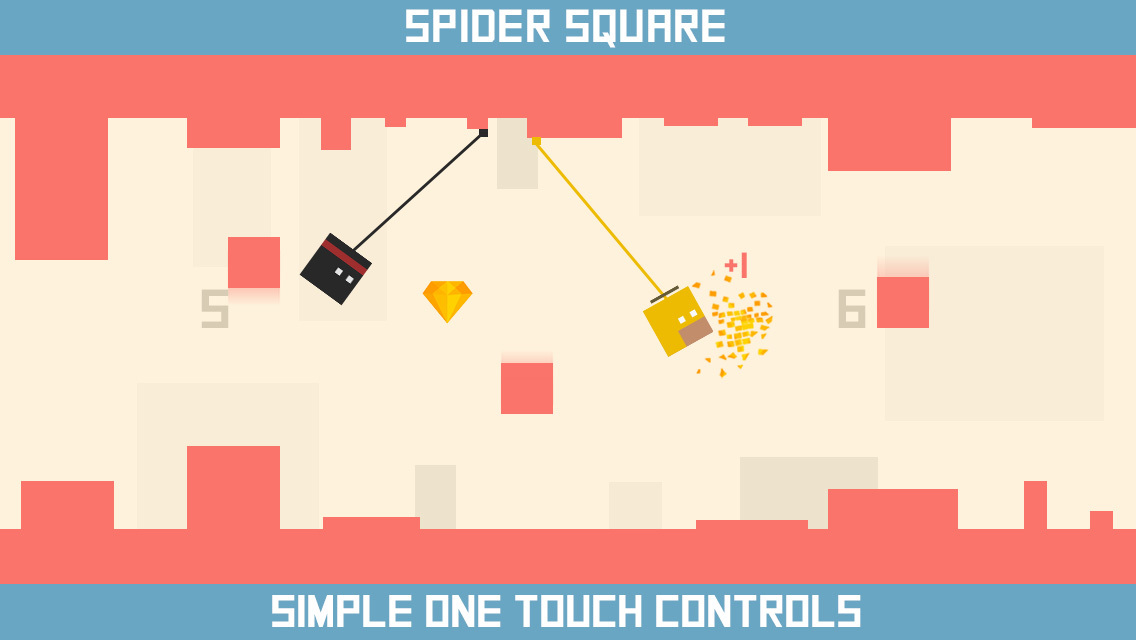 Spider Square is already fun to play in single-player mode. But it’s even more fun in multiplayer mode.

The game supports online multiplayer to enable you to engage in turn-based competition with players from around the world. It also supports local multiplayer on Apple TV to allow you to play with up to eight other iOS gamers on the same big screen. 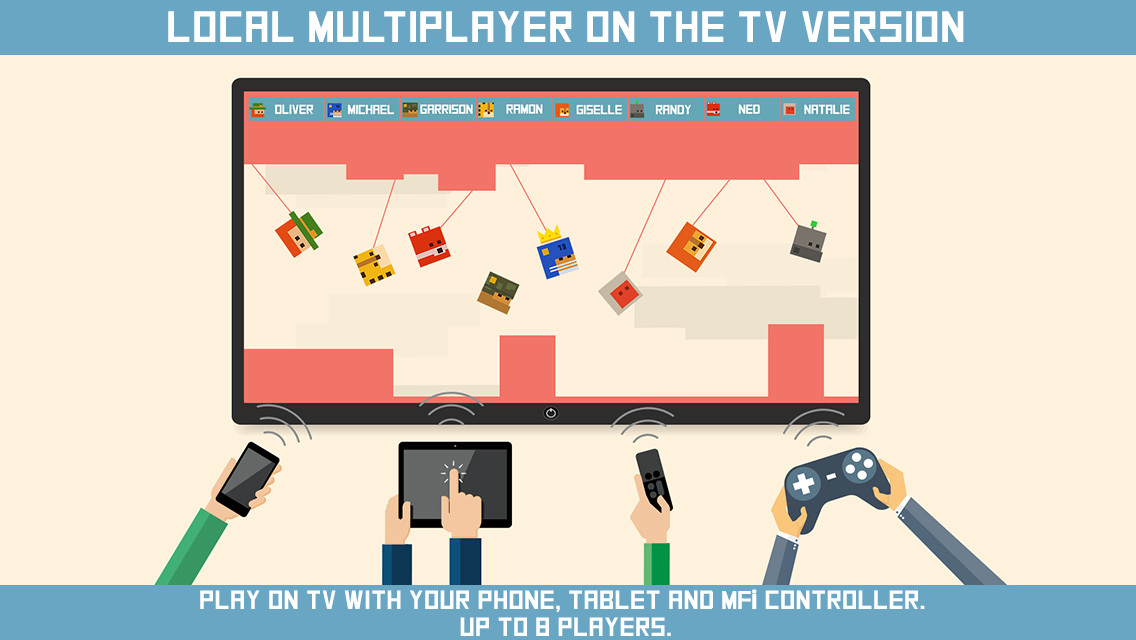 In sync with Apple’s tech

Spider Square is also integrated with ReplayKit for screen-recording your gameplay; 3D Touch for accessing quick shortcuts to start a single-player, turn-based multiplayer or Apple TV game right from the game’s icon on the home screen of your iPhone 6s or iPhone 6s Plus; and iCloud for syncing your game progress across your iOS devices.

Compatible with iPhone, iPod touch, and iPad, Spider Square is available now on the App Store for free, with in-app purchases for unlocking additional modes and characters, buying extra gems, and removing ads (which may prove annoying at times).

See also: Qbert meets Crossy Road in Totes the Goat, Stay sharp or get in treble in the rhythm-based clicker Groove Planet, and Join digits for big points in Sequence – Connecting Numbers. 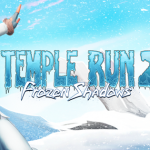