You are using an outdated browser. Please upgrade your browser to improve your experience.
by Christine Chan
December 4, 2015 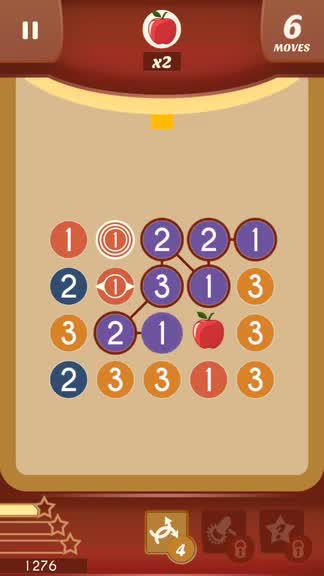 Sequence - Connecting Numbers (Free) by Gameblyr, LLC is a numerical puzzle game about sequences. If you enjoyed games like 13 Thieves, Threes!, Two Dots, and The Mesh, then you will like what Sequence – Connecting Numbers brings to the table.

While I have gone through hundreds of games on iOS so far while I’ve been here at AppAdvice, one fact remains true: I love puzzle games. These are the games that keep me busy for hours on end while also stimulating my brain so that it doesn’t turn into mindless mush, so what’s not to like about that, in all honesty? And while I’m not a big number person, I know enough basic math to get by in life, and I do like seeing numbers in my puzzle games every now and then. So naturally, when I saw Sequence – Connecting Numbers on the App Store in this week’s releases, I had to check it out. Since then, I’ve had a hard time putting it down. 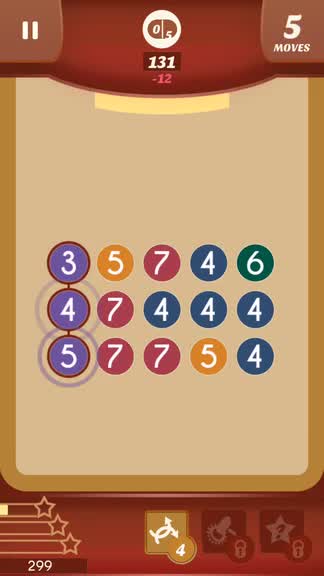 The visuals in Sequence are a nice mix of modern with a touch of retro flair, which I’ve been appreciative of. What I mean by this is the use of a flat and minimalistic design, while using typography that makes me think back to a few decades ago. The colors also add to the unique aesthetic mixture, as it combines beige backgrounds with some light and dark accent colors that look great in contrast. There are also some other visual elements that get added to the game later on, such as apples, though I felt that some of these looked and felt a bit bland compared to the rest of the game. I also noticed that the game logo sometimes appeared fuzzy, as if the smaller logo was not made for Retina screens — hopefully the developer fixes this in the future. Otherwise, animations in the game are fairly smooth and fluid, and the game has a tranquil soundtrack that will help you relax and focus on the gameplay.

If you’re familiar with Two Dots, then you will feel right at home with how Sequence handles levels. At the moment, Sequence only has a level mode, where players must progress through the game one stage at a time. Up to three stars can be earned on each level, which is based on performance: the longer chains rack up more points, and having leftover moves means more bonuses. A star threshold meter can be found at the bottom left corner of each stage so that you know how your progress is as far as getting the maximum number of stars. And since Sequence is a free download, it is based on an energy system. Fortunately, though, you only lose a life if you fail a level, want to restart, or go back to the main menu. There are also ads, which serve as a way to get more moves or lives if needed. An in-app purchase to remove ads is available if they bother you, though.

The objectives in Sequence vary depending on the stage, but the basics involve connecting number sequences together to reduce the target number that can be found at the top of the screen. Longer chains are better, of course, since you are limited on the number of moves that you can make. Other goals are to collect the apples by having them drop down from the bottom of the grid, which can only be done after you make sequences that are long enough for them to fall. Sometimes blocks appear that will intercept making sequences, as well as other obstacles, so you have to plan accordingly. 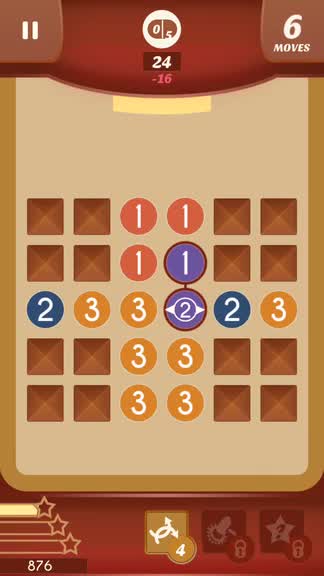 The process in which you make sequences is pretty interesting, as it is not just matching a bunch of numbers together. Instead, players will connect the numbers in a proper sequence, meaning that the next digit will have to be one more or one less than the last. For example, a proper sequence in this game will be 1–2–3–2–1–2–3–4, or 3–4–5–4–5–6–7–6. If you’re unable to connect to a digit that is one more or one less than the last one, then you’ll either have to find a different one or just go with it. The sum of the numbers will be deducted from the target amount, so make sure to keep an eye on that before each move.

Like other puzzle games, there are special pieces that you can make depending on how long the sequence is. Special pieces involve clearing out entire lines (horizontally and vertically), or blasting all adjacent numbers. There are also power-up items that you can use to make the game easier, such as reshuffling the board for better number combos, getting rid of certain pieces, and more. Since this is a free game, you start out with several of each power-up, but once the initial supply is depleted, you’ll have to purchase more through in-app purchases. However, there is a daily gift that you can redeem each day that has a chance for these power-up items.

I’m usually not big on freemium games, but Sequence – Connecting Numbers is a real diamond in the rough. The graphics are rather nice, though some improvements can be made to some elements so that it isn’t fuzzy on Retina screens. The music in the game is calming and relaxing, which is always nice, and the gameplay is simple but challenging enough, especially in later levels. Again, I’m not a big number person, but when it comes to games like this, they add a fantastic element to the gameplay. 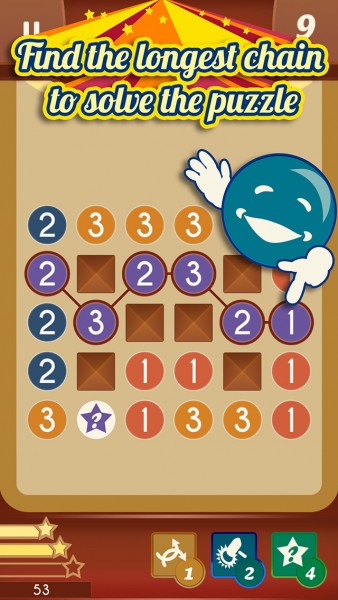 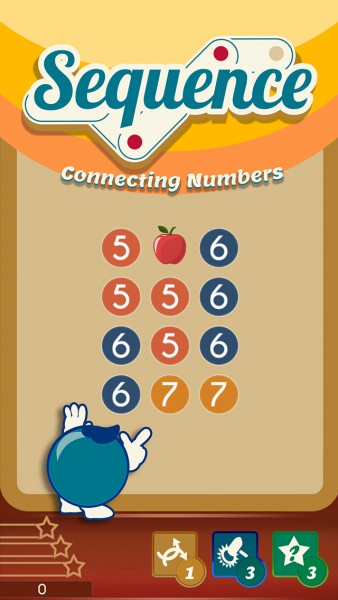 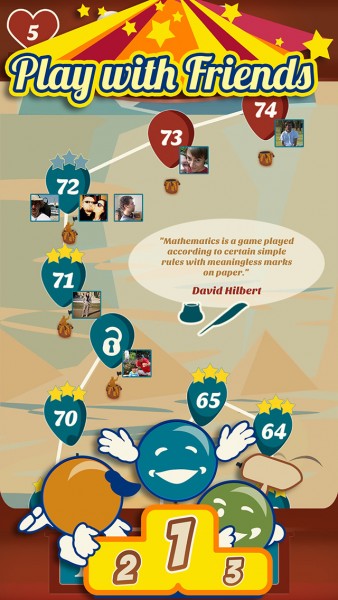 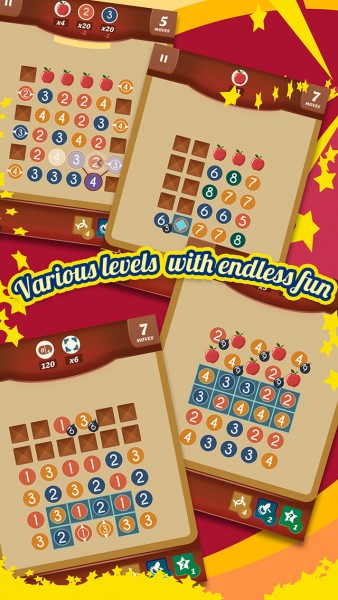 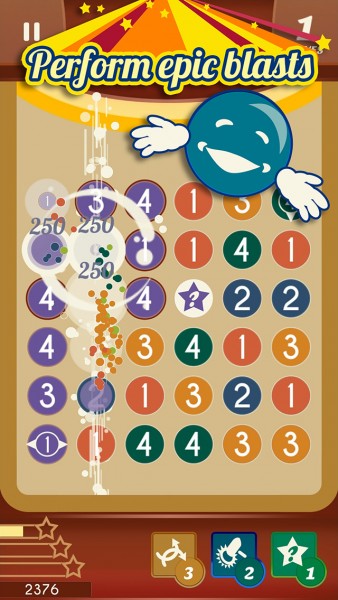 Have a merry popping Christmas with Rovio's Angry Birds Pop bubble shooter
Nothing found :(
Try something else