You are using an outdated browser. Please upgrade your browser to improve your experience.
Pocket Gaming
by Joe White
December 14, 2015

Roguelike games are some of our favorites on iOS, and as such we’re really excited to hear about Into the Dim: a new adventure title in the roguelike genre that’s set to launch on the App Store this week.

So far, only a few details concerning the application have been made available to the public. We already know that, according to Game Mob, the app will place iOS device owners in control of “a brave young boy, solving a town mystery and uncovering the truth.” Though what this mystery is, or who the enemy is behind it could be, is so far a … well … a mystery in itself.

The game is coming from Happymagenta, an iOS developer with a great track record. Before now, the dev has launched Fist of Fury and Hammy Go Round on the App Store, and both of these apps have been popular among iOS gamers. In its article, Game Mob explained:

Into the Dim has a nostalgic feel, as this dungeon-crawling roguelike has you exploring the depths of maze-like levels. Each dungeon includes puzzles, treasures, and enemy encounters. Villains will appear from every corner and during these encounters, you will be limited to 3 moves whether that is to move closer or attack.

All of this sounds great to us. For a closer look at the application, check out the below teaser trailer, which launched recently on YouTube:

So, when can you download Into the Dim? Well, sooner than you might think: the application will be available free of charge on the App Store later this week. Keep your eyes peeled for the game, because it looks like it’ll definitely be worth the download. 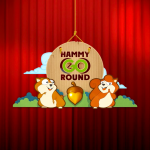 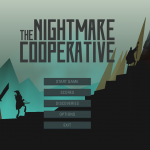 Lucky Frame's The Nightmare Cooperative Is A Roguelike Game With A Couple Of Twists
Nothing found :(
Try something else