You are using an outdated browser. Please upgrade your browser to improve your experience.
The People Behind Apple
by Joe White
December 30, 2015

For the first time, “Steve Jobs: The Man in the Machine” is set to air on U.S. TV: this Sunday, viewers will be able to enjoy the documentary on CNN at 9 p.m. Eastern Time, according to the network.

The controversial documentary looking at the life of Apple’s co-founder and former CEO, Steve Jobs, had its premiere at SXSW in Austin, Texas back in March. It’s made by Alex Gibney, a filmmaker who won the Academy Award for Best Documentary Feature in 2007 for his picture, “Taxi to the Dark Side.” There was a darker than expected focus for Gibney’s “The Man in the Machine,” too, with the documentary using the life of Jobs as a lens to examine the relationship between humans and computers.

As the film’s synopsis explained:

When Steve Jobs died the world wept. But what accounted for the grief of millions of people who didn’t know him? This evocative film navigates Jobs’ path from a small house in the suburbs, to zen temples in Japan, to the CEO’s office of the world’s richest company, exploring how Jobs’ life and work shaped our relationship with the computer. The Man in the Machine is a provocative and sometimes startling re-evaluation of the legacy of an icon.

However, the film gained particular notoriety after its premiere, when senior vice president of Software and Services Eddy Cue blasted the film in a Twitter update.

Back then, Cue said:

Very disappointed in SJ:Man in the Machine. An inaccurate and mean-spirited view of my friend. It’s not a reflection of the Steve I knew.

Cue then went on to highlight “Becoming Steve Jobs” in a subsequent update, calling it the “first to get it right” and declaring the biography the “best portrayal” of the former CEO. Since, Danny Boyle’s anticipated “Steve Jobs” launched in theaters around the world, and met with financial failure due, according to the director, to the “arrogant” rollout of the picture.

CNN has a mini-site up and ready for its screening of “Steve Jobs: The Man in the Machine,” and there prospective viewers can access a bunch of content including a trailer, interviews, and articles on the Apple co-founder.

As mentioned, “Steve Jobs: The Man in the Machine” is due to air on CNN this Sunday, Jan. 3, at 9 p.m. Eastern Time. For anyone with an interest in Apple, this is something you don’t want to miss. 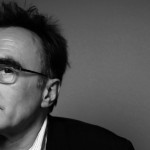 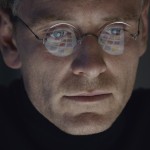 'Steve Jobs' is pulled from some 2,000 U.S. theaters
Nothing found :(
Try something else