You are using an outdated browser. Please upgrade your browser to improve your experience.
Accessories
by Brent Dirks
December 8, 2015

Most people can agree that Apple’s newly introduced Smart Battery Case for the iPhone 6s/6 isn’t exactly pleasing to the eye. An interesting theory floated by The Verge might explain why.

Mophie has easily been the leader in battery cases for the iPhone with a huge number of different options to select from. And right along with a big market share, the company also has huge stable of patents for their designs.

The Verge’s Nilay Patel thinks the most derided feature of the $99 case – the huge bulge in the center – was specifically designed to not infringe on any Mophie patents:

So the company needed a slide-in design without a removable top, and it couldn’t round off the edges of the case without facing at least some chance of running into the various Mophie design patents. How do you solve that? By charging hard in the other direction: making a single-piece case with a floppy top and a bulging battery that has nothing in common with various patented Mophie designs.

I think Patel definitely is on the right track with his theory. And the entire piece is definitely worth a read. While Apple will probably sell more than a few to iPhone 6s/6 users looking for an extra boost of power, the case won’t be winning any design awards. Or so I hope. But I could also say the same thing about virtually any other battery case as well.

The case is available in black or white and can be purchased at your local Apple Store or through Apple’s online store. Unlike other cases, Apple’s official version can be charged with a Lightning cable. Users can also see how much power is left in the case on their lock screen or through the Notification Center. The battery itself is an 1,877mAH cell.

For other news today, see: Amazon Video gets even better with Showtime, Starz, and more, Apple Maps takes the lead over Google Maps on iOS, and Spice up your shared events with GIFs and photos using Raft. 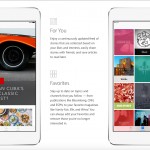 Apple WatchOS 2.1 arrives with new language support and bug fixes
Nothing found :(
Try something else