You are using an outdated browser. Please upgrade your browser to improve your experience.
Connected Home
by Brent Dirks
January 11, 2016

Amazon’s line of connected speakers is set to grow. According to a new report from The Wall Street Journal, the Internet retailer is planning to unveil a smaller, less expensive version of the Echo “in the coming weeks.”

The new device, code named “Fox,” is designed to fit comfortably in the palm of a user’s hand, like a beer can, the people said. It calls to mind Apple’s popular Beats Pill portable speaker, though Amazon’s version rests vertically on a tabletop, these people said.

Unlike the Echo, which must always be plugged in to listen for voice commands, the new version can be charged on a docking station and responds to voice command only by push-button, a necessary compromise to preserve battery life.

Originally unveiled in late 2014, the Echo currently retails for $179.99 and has proven to be extremely popular with consumers. A smaller, less expensive version could easily help draw more users into Amazon’s ecosystem.

While users can control the speaker via a companion iPhone app, the top feature is easily the built-in voice control. Users can stream music from a number of different services, receive answers to questions, place items on their shopping list, and even control smart home devices with a voice command – much like Apple’s Siri.

I’ve been using the Echo in my house since last summer and have really been impressed. The voice control is simple and easy and everyone at my house enjoys trying to play their music first.

For more information about how the Echo works, take a look at a review from our expert Jeff Byrnes.

For other news today, see: Apple Music reportedly reaches 10 million paying subscribers, The 2016 Burberry menswear event comes to Apple TV, and Type the magic word to post updates to your pals with Peach. 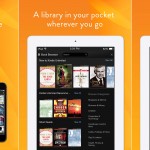 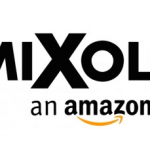 Amazon's ComiXology now lets you read comics from your Kindle library
Nothing found :(
Try something else