You are using an outdated browser. Please upgrade your browser to improve your experience.
Connected Car
by Brent Dirks
January 8, 2016

Even though iOS 9 brought support for wireless CarPlay, there is currently no hardware on the market that offers the technology. Car maker Volkswagen was apparently ready to change that at CES, but was told by Apple to not showcase the overall experience.

The news was first reported by Car and Driver. Here’s more from the report:

“We wanted to demonstrate wireless CarPlay and the owner of CarPlay technology didn’t allow us to,” Volkmar Tannerberger, head of electrical and electronic development at Volkswagen, told Car and Driver.

The publication speculated that Apple made the request to Volkswagen because it is planning to show off wireless CarPlay at a future media event or this year’s WWDC with another partner auto company. That idea does make a lot of sense.

Apple originally introduced CarPlay technology back in 2014, and it’s compatible with the iPhone 5 and later. Relying heavily on Siri, it allows users to access a number of iOS features and selected apps like Spotify, Overcast, MLB.com at Bat, Pandora, and others.

Along with a number of third-party add on options, a substantial number of auto companies are also integrating the technology in their vehicles. Earlier this week, Ford announced its plans to introduce CarPlay to both 2016 and 2017 model year vehicles.

Currently, all CarPlay systems on the market require that your iPhone be plugged into the unit via a Lightning cable. I’m a big fan of the CarPlay system in my vehicle, but requiring a wired connection is a substantial drawback. Hopefully wireless systems will hit the market sooner rather than later.

For other news today, see: Apple registers a series of car-related domains, Sprint and AT&T announce the end of the two-year contract, and Don’t do it, Apple, leave the headphone jack alone. 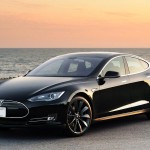