You are using an outdated browser. Please upgrade your browser to improve your experience.
iOS Reading
by Aldrin Calimlim
January 11, 2016

Just as Apple Music has been reported to have passed 10 million paying subscribers, here comes news concerning the usage numbers of Apple News. But instead of an exact figure, the news is centered on the uncertainty surrounding the number of readers using Apple’s news aggregation app, which was launched in September.

“Neither media companies nor Apple know how many people are reading,” the Wall Street Journal reports. “The company mistakenly has been underestimating the number of readers using the News app since its launch, and passing that inaccurate information on to publishers.”

A glitch in the matrix

In an odd admission of error, Apple’s senior vice president of Internet Software and Services, Eddy Cue, said that a glitch was missed by the company as it paid attention to other aspects of Apple News. “We’re in the process of fixing that now, but our numbers are lower than reality,” he said.

In November, a report by Digiday claimed that a number of publishers had been “underwhelmed” by and “unhappy” about Apple News. But the Journal’s new report quotes Cue as saying that publishers have been giving positive feedback about the service and that usage has “scaled very fast.”

Since its launch, Apple News has distributed content from more than 100 publishers including such big brands as the New York Times, Washington Post, and the Journal itself, which notes the importance of acquiring correct reader statistics:

Publishers don’t pay to post their content to the News app, but getting an accurate tally of users is important because it can affect their ability to sell advertising and to manage their resources accordingly. Apple allows publishers to keep 100% of revenue when they sell their own ads into the app; they keep 70% of ad revenue if Apple sells ads on their behalf.

Apple News was initially launched in the U.S. along with iOS 9 in September and was expanded to the U.K. and Australia with the release of iOS 9.1 in October.

During its earnings call for the fourth quarter of fiscal year 2015 in late October, Apple CEO Tim Cook said that 40 million people had used Apple News. That number is restated by Cue in the Journal’s new report as the user count “to date,” although whether that is already the correct count is not clarified.

Apple is expected to provide an updated reader total for its news aggregation service during its earnings call for the first quarter of fiscal year 2016 on Tuesday, Jan. 26. 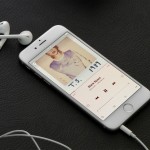 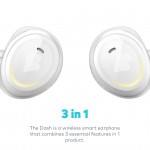 Apple is reportedly developing a completely wireless set of Beats earphones
Nothing found :(
Try something else