You are using an outdated browser. Please upgrade your browser to improve your experience.
Ads, Ads & More Ads
by Brent Dirks
January 13, 2016

Apple is planning to automate its once promising iAd advertising platform. The entire in-house Apple sales team will be offered buyouts “perhaps as early as this week,” according to a new report from BuzzFeed.

Originally launching back in 2010, Steve Jobs said iAds were a new take on the burgeoning mobile advertising format. The platform allowed ads to be placed directly inside iPhone or iPad apps with Apple taking a cut of the revenue for selling and hosting the material. But for a wide variety of reasons, including high costs, iAd never really took off like Apple envisioned.

The new platform will be automated and allow publishers to sell through it directly without Apple’s help. Here’s more from the report:

Apple is phasing out its iAd sales force entirely and updating the iAds platform so that publishers can sell through it directly. And publishers who do so will keep 100% of the revenue they generate. It’s not clear what this means for Rubicon Project, MediaMath, and the other ad tech companies that had been overseeing programmatic, or automated, demand-side ad buying on the platform, but it doesn’t look good. Since everything can be done directly through the updated iAd platform, it’s likely that most of it will. “The big publishing groups will just fold programmatic buys into the stuff they’re selling across all their properties,” one source explained. iAd sales team members will be offered buyouts and released into the wild. The move is coming soon, perhaps as early as this week.

Even after a rough start, Apple continued to put money and resources into iAd, eventually expanding it in more than 100 countries.

For other news today, see: Apple takes a step toward officially allowing users to hide stock apps, HBO welcomes you to ‘Sesame Street’ beginning Jan. 16, and SoundCloud CEO says subscriptions are coming in 2016. 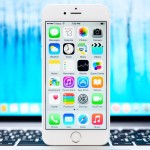 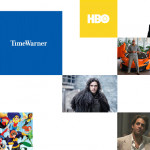 Apple could soon own 'Game of Thrones,' Time Warner
Nothing found :(
Try something else