You are using an outdated browser. Please upgrade your browser to improve your experience.
Music
by Joe White
January 13, 2016

SoundCloud, the popular free music streaming service which allows up-and-coming and amateur musicians to share their work with fans, is set to launch subscriptions this year, according to the company’s CEO.

This isn’t all SoundCloud is announcing, however. In a recent article from TechCrunch, the publication explains that SoundCloud has also “inked a licensing deal with Universal Music Group,” in a move that marks “another step away from potential lawsuits from labels over lost revenues” (something SoundCloud has been accused of in the past). In an interview with TechCrunch, CEO Alexander Ljung said:

UMG represents artists including Avicii, The Beatles, and Justin Bieber; the move, as TechCrunch adds, allows the company to collect royalties when its artists’ songs are played on the music streaming website, but also to use SoundCloud in order to promote its artists, too.

This isn’t the end of the road for SoundCloud’s networking endeavours, though. Sony Music isn’t yet on board, and SoundCloud is, more generally speaking, still struggling to monetize its platform (something other free, Web-based services have also had issue with in the past). The answer, it seems, will be paid subscriptions and ads which roll out to international markets; so far, the platform’s ads are available in the United States only. Ljung, who also co-founded SoundCloud, noted that both subscriptions and international ads will happen “later this year.”

One big challenge for SoundCloud will be how the platform adds all of this without compromising itself. As is often the case for sites that are not initially built around monetization and gather strong and loyal followings, adding in revenue-generating features could come at the expense of the current user experience, which is indeed unique.

For now, SoundCloud can be downloaded on the App Store free of charge, and it’s optimized for the iPhone/iPod touch and iPad. I’ve used the service before (though not much) and found the whole experience to be great: SoundCloud, on the Web, is easy to use, it allows users to upload tracks, and also provides free, limited analytics; on iOS, it allows iPhone and iPad owners to browse the platform’s ever-expanding catalog of music for free.

Here’s hoping that, in a bid to monetize SoundCloud, the team behind the platform don’t ruin it. Of course, we’ll keep you updated with further developments as we receive them. 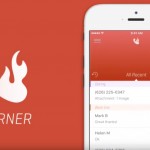 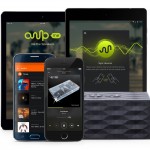 Amplify and sync your party music with AmpMe for iOS and Android
Nothing found :(
Try something else