You are using an outdated browser. Please upgrade your browser to improve your experience.
Apple's Software
by Brent Dirks
January 25, 2016

Two weeks after releasing the first beta of iOS 9.3, Apple has followed up with a new version of the software. The second beta can be downloaded now by registered developers over-the-air or through Apple’s Developer Center.

The biggest changes are arriving for the education market. At least for schools, the Shared iPad mode will allow multi-user support. Educators can also take advantage of the new Classroom app so they can launch everyone’s apps at the same time and then guide what the students are looking at on their iPads. Using AirPlay, teachers can also project a student’s work from a tablet onto the classroom television equipped with an Apple TV.

The new Night Shift mode will use your clock and iOS device’s location to determine when the sun has set. It will then shift the display colors to the warmer end of the spectrum to make it easier on your eyes. It will return to normal in the morning. In the second beta version, as previously speculated, you can now toggle Night Shift through Control Center.

Not surprisingly, Apple also released the second beta version of WatchOS 2.2 and tvOS 9.2.

It’s unknown when the software will officially arrive to the public.

For other news today, see: The ‘iPad Air 3′ could feature a rear-facing flash, four speakers, Apple releases tvOS 9.1.1 with an official Podcasts app for the new Apple TV, and The Apple Car might be stalled, judging by a new hiring freeze. 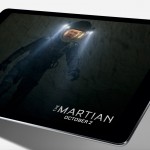 The 'iPad Air 3' could feature a rear-facing flash, four speakers 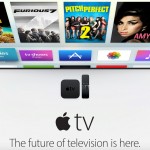 Apple releases tvOS 9.1.1 with an official Podcasts app for the new Apple TV
Nothing found :(
Try something else