You are using an outdated browser. Please upgrade your browser to improve your experience.
That iThingy You're Wearing
by Aldrin Calimlim
January 20, 2016

Apple and Hermès will finally make the products of their partnership for the Apple Watch — known as the Apple Watch Hermès collection — available to purchase online soon … very soon.

But as reported by Fashionista, the collection will be offered for purchase online starting this Friday, Jan. 22.

As touted by the Cupertino-based tech giant and the Paris-based luxury brand, each timepiece in the collection comes with a stainless case with “leather straps handmade by Hermès artisans in France and an Hermès watch face reinterpreted by Apple designers in California.”

Starting at $1,100, the Single Tour is available in Fauve and Noir for the 38mm and 42mm cases, and in Capucine for the 38mm case.

The Double Tour, which costs $1,250, is available in Fauve, Etain, Capucine, and Bleu Jean for the 38mm case.

Finally, there’s the Cuff, which is priced at $1,500 and is available in Fauve for the 42mm case.

The Apple Watch Hermès collection will be offered for purchase online starting this Friday at both Apple and Hermès’ official websites.

Probably then, when it’s just a few clicks away rather than requiring a visit to a participating store, it will attract more users in spite of its relative priciness. 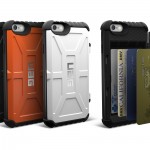 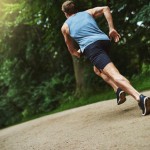 7 great health and fitness accessories for your iPhone or iPad
Nothing found :(
Try something else