You are using an outdated browser. Please upgrade your browser to improve your experience.
iDevices
by Brent Dirks
January 18, 2016

Apple might be heading toward the light in future iPhone models. First spotted by Twitter user Chase Fromm, and independently verified by AppleInsider, Apple is testing out Li-Fi technology starting with iOS 9.1.

Li-Fi is relatively new, but as you could probably guess by the name, it uses light pulses to transmit data. It could be a long-term replacement to ubiquitous Wi-Fi protocol. AppleInsider has more about how Li-Fi works:

Li-Fi works in a way not entirely unlike a traditional infrared remote control. Data is transmitted by rapidly modulating a light source, and received with a light sensor before being reassembled into an electronic signal.

Unlike your television remote, Li-Fi uses visible light and the modulation happens in a manner imperceptible to the human eye: that means the same bulb that lights your hallway can act as a data access point. It’s also much faster, with theoretical throughput capacity of up to 224 gigabits per second.

Just to put that number in perspective, the fastest theoretical output of 802.11ac Wi-Fi is 7 gigabits per second.

It’s unknown when or if Li-Fi will ever be introduced in an Apple product. But with Apple actively testing out the technology in current versions of iOS, the company seems to be actively exploring new ways to transfer data. The future looks bright, literally.

For other news today, see: Microsoft’s Word Flow keyboard on Windows Phone is coming to iOS, Boston Symphony Orchestra goes modern with customized iPads, and WhatsApp drops subscription fees, so how will it make money? 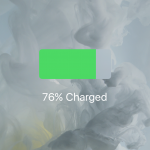 Is the battery percentage on your iPhone 6s or iPhone 6s Plus not updating? 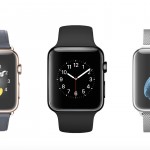 The 'Apple Watch 2' might not be unveiled in March
Nothing found :(
Try something else