You are using an outdated browser. Please upgrade your browser to improve your experience.
App-dicted
by Aldrin Calimlim
January 18, 2016

Having ported its Cortana intelligent personal assistant from Windows Phone to iOS, Microsoft is apparently set to bring another key functionality of its mobile operating system to Apple’s.

As reported by WinBeta, Microsoft is working on extending the availability of its Word Flow smartphone keyboard to other platforms, starting with iOS. To that end, the company is tapping into its Windows Insider Program for people who are interested in beta-testing the software on iPhone, particularly users of iPhone 5s or newer.

“Before publicly releasing this keyboard to the App Store, we’d love to give Insiders like you a preview,” Microsoft says in an email to Windows Insiders. “With your feedback, we’ll build a roadmap of improvements to the keyboard over time.”

Since Apple opened up its mobile operating system to third-party extensions in iOS 8, a myriad of keyboards from third-party developers have been made available on the App Store. One of the most popular of those is Nuance’s Swype, to which Word Flow is quite similar.

Released in July last year as part of Windows Phone 8.1, Word Flow allows users to type words simply by gliding their fingers over the letters on the keyboard. It’s this feature that has won it considerable praise and earned it a spot in the Guinness World Records for fastest texting (although it would later be bumped off by Fleksy). And for users who prefer standard typing, Word Flow also lets them type normally, but still with word suggestions and automatic corrections of misspellings.

We’ll, of course, let you know of Word Flow’s official release on iOS, which hopefully won’t be too far off. 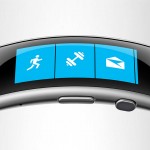 You can now create Skype meetings right from Microsoft Outlook for iOS
Nothing found :(
Try something else