You are using an outdated browser. Please upgrade your browser to improve your experience.
Connected Home
by Brent Dirks
January 4, 2016

There’s yet another HomeKit-enabled thermostat for Apple fans to select from. Heating and air conditioning stalwart Honeywell has just unveiled its second-generation Lyric that is compatible with Apple’s smart home protocol.

With its round design, the new Lyric looks similar to the Nest device that helped define the category. It offers a number of energy saving features and even works with the SmartThings platform. 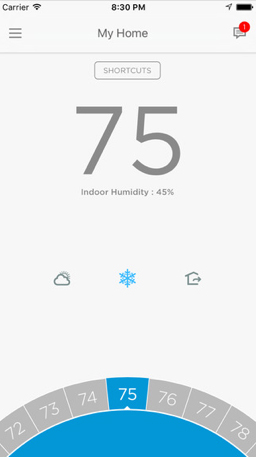 You can control the thermostat via Siri or the companion app for the iPhone, iPad, and Apple Watch.

Users can also control their thermostat with the companion iOS app and receive notifications regarding the temperature and humidity inside their house.

If you need to change the temperature on the device itself, the screen will automatically light up when its senses motion. Just turn the dial up or down to control.

You can preorder the new Lyric now from Honeywell’s site for $249.99. Shipments will start in late January.

There are two other HomeKit compatible smart thermostats on the market – the Ecobee3 and the iDevices Thermostat.

While I haven’t used the iDevices unit, I reviewed the Ecobee3 back in November and really enjoyed the complete package, naming it my Accessory of the Year for 2015.

With Google-owned Nest likely to never support Apple’s protocol, it’s nice to see a number of other companies stepping in to fill the void. Being able to control your thermostat via Siri does show a nice glimpse of a smart home future – at least according to Apple.

For other recent accessory news, see: Turn your iPad Pro into a MacBook look-alike with Brydge’s keyboard case, Livestream’s new Movi camera allows users to edit video while filming live, and Griffin rings in 2016 by introducing new accessories for the Apple Watch, iPhone, and more. 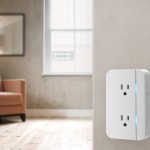 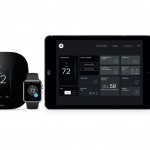 Review: Ecobee3 Smart Thermostat with Apple HomeKit support
Nothing found :(
Try something else