You are using an outdated browser. Please upgrade your browser to improve your experience.
Connected Fitness
by Brent Dirks
January 6, 2016

Misfit is taking fitness tracking to your ears with the new Specter headphones.

Announced today at CES in Las Vegas, the device – when worn – can track both sleep and activity patterns. The information can be synced to your iOS device and then viewed with the companion Misfit app.

It is also compatible with the Misfit Link app that can help the tracker act as a smart button. You can program it to do a number of functions like act as a remote for your phone’s camera, control music, advance slides in a presentation, and trigger activity from the Logitech Harmony Hub smart home device.

No pricing or availability information was announced. Misfit promised more information about the device this spring.

While the Specter might not be for everyone, adding tracking technology to headphones does make a lot of sense and could easily help users who want to track their activity but don’t want to bother with a full-time wearable device.

A Ray of light

The new device is shaped more like a cylinder and is just 38mm long. Hidden on both ends of the tracker are two 8mm spring bars. Those are important because that allows the Ray to be worn as a bracelet or even a necklace. 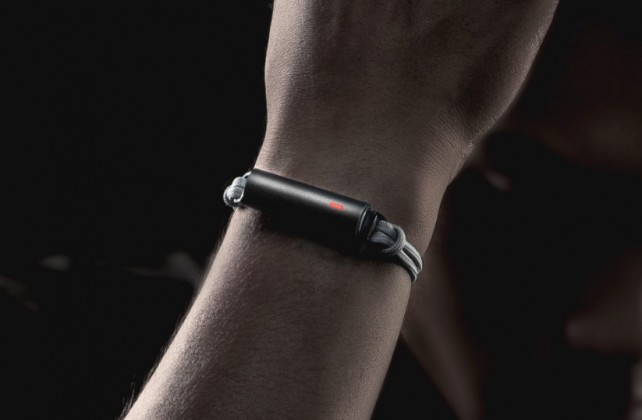 The Ray is a more conventional fitness tracker.

Like all of Misfit’s other trackers, the Ray doesn’t need charging and features a user-replaceable battery than can last for up to six months. Along with your activity, it can also track sleep. The vibration motor can quietly notify wearers of text messages and phone calls along with providing a nudge when you’ve been inactive for a certain amount of time.

You can preorder the Ray now directly from Misfit. It’s scheduled to ship in April. Currently, you can select from a black or rose gold tracker. A set with a sport band is $99.99 while a version with a leather band is $20 more. 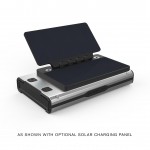 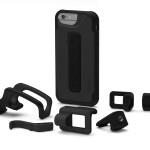 Olloclip’s new Studio turns an iPhone 6s/6 or 6s/6 Plus into a powerful photography system
Nothing found :(
Try something else