You are using an outdated browser. Please upgrade your browser to improve your experience.
iDevices
by Brent Dirks
February 1, 2016

The tablet market worldwide is continuing to struggle. But according to a new report from IDC, Apple is still the leader of the pack.

During the last quarter of 2015, which included the all-important holiday shopping season, Apple sold 16.1 million tablets. Interestingly, the firm says that around 2 million of those were the larger and more expensive iPad Pro models. Microsoft’s entire Surface tablet lineup sold around 1.6 million devices during the same period.

“One of the biggest reasons why detachables are growing so fast is because end users are seeing those devices as PC replacements,” said Jean Philippe Bouchard, Research Director, Tablets at IDC. “We believe Apple sold just over two million iPad Pros while Microsoft sold around 1.6 million Surface devices, a majority of which were Surface Pro and not the more affordable Surface 3. With these results, it’s clear that price is not the most important feature considered when acquiring a detachable – performance is.”

If that thought turns out to be true, that’s definitely good news for the iPad Pro. 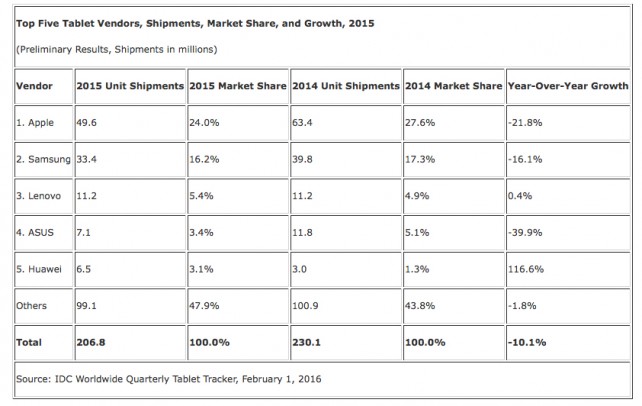 In the same timeframe, Samsung came in second with 9 million tablets sold. Amazon, with its low-priced Fire line, was third.

Even though Apple tablet sales fell almost 25 percent compared to the same time in 2014, the company notched its biggest and most profitable quarter ever. Announced last week, Apple recorded $75.9 billion in revenue and $18.4 billion in profit.

Apple is widely expected to unveil the next-generation iPad Air at a special media event in March. The rumored “iPad Air 3” will apparently sport four speakers, a rear-facing camera flash, and a Smart Connector.

For other recent news today, see: The ‘iPad Air 3’ is shaping up to be a mini version of the iPad Pro, Listen to tunes and post to all accounts at once with SoFlow, and Become a parody superstar with the help of MadLipz. 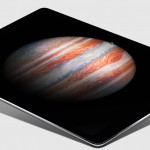