You are using an outdated browser. Please upgrade your browser to improve your experience.
App Bargain Bin
by Tyler Tschida
December 26, 2016

Hop over creatures to remove them from the board, race pixel boats, and draw in a 3-D space with today’s collection of apps and games.

The app starts your child off by having them create simple geometry like triangles and squares. As they progress, the lessons will introduce them to more complex 3-D geometry like icosahedron and tetrahedron. Guided views provide more than 50 levels of Euclidean geometry, and dozens of step-by-step videos are available as well. Your child is also able to create models on their own and share them with the world.

DRAW 3D JUNIOR :LEARN GEOMETRY & CREATE 3D MODELS is available for free for a limited time. It has a 5-star rating with a total of 7 ratings.

Pixel Boat Rush requires you to not only race but also destroy your opponents. Touch the right side of the screen to accelerate across the choppy waters. It’s in your best interest to stay close to the water, but you will need to utilize waves to clear obstacles. The left side of the screen is devoted to your weapons and defenses, which can be upgraded along the way. The game includes 15 tracks, 116 events, 64 unlockable and customizable boats, and MFi controller support.

Pixel Boat Rush is available for free for a limited time. It has a 4-star rating with a total of 81 ratings.

Rhythm Repeat ($1.99 → Free, 41.7 MB): A colorful rhythm game that requires you to repeat sequences in the correct order. It’s ideal for those who enjoy games like Guitar Hero and Rock Band.

As the beat is played, colored buttons will pulse and be added to the bottom of the screen. It’s then your turn to repeat the sequence in the proper order before time expires. Miss a note or run out of time and you’ll lose a life. Lose all three and it’s game over. The game includes more than 300 melodies and beats to play, three instruments to choose from, and leaderboards via Game Center.

Rhythm Repeat is available for free for a limited time. It has a 4-star rating with a total of 431 ratings.

Splot ($0.99 → Free, 311.3 MB): Help a little alien save Birdlings from hungry Blobs in Splot. Fans of platformers will enjoy this one.

Splot is a little alien who has crash-landed on a strange planet. The local population of endangered Birdlings is under attack from hungry Blobs. Race against the Blobs and Blob Kings by tapping on either side of the screen to jump and collect the Birdlings. You’re also able to level up and boost your abilities through power-ups. The game includes seven worlds to explore and 56 levels.

Splot is available for free for a limited time. It has a 4-star rating with a total of 26 ratings.

Oddhop is like Peg Solitaire but with cute creatures and colorful terrain. Your job is to remove the creatures across the terrain until only one remains by having them hop over each other. The game includes three creatures in all, each with a different ability. You’ll also have to pay attention to the order in which you hop, otherwise you’ll be left with open spaces that cannot be crossed. The game includes more than 100 challenging levels.

Oddhop is available for free for a limited time. It has a 5-star rating with a total of 5 ratings. 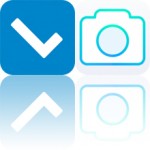 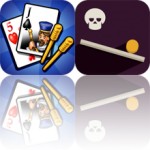 Today’s Apps Gone Free: Micron, The Lost Treasure, Cribbage and More
Nothing found :(
Try something else