It turns out February 1st must be some sort of special occasion for app developers, because they all gathered together to release some great games this week. The new App Store release list is absolutely loaded with great looking games with such a high degree of quality and enjoyment potential, at first glance. The early highlights include a new puzzle adventure from the makers of Love You To Bits, an intense top down driving sequel, a crazy physics based disc racing sequel, and oh so much more. 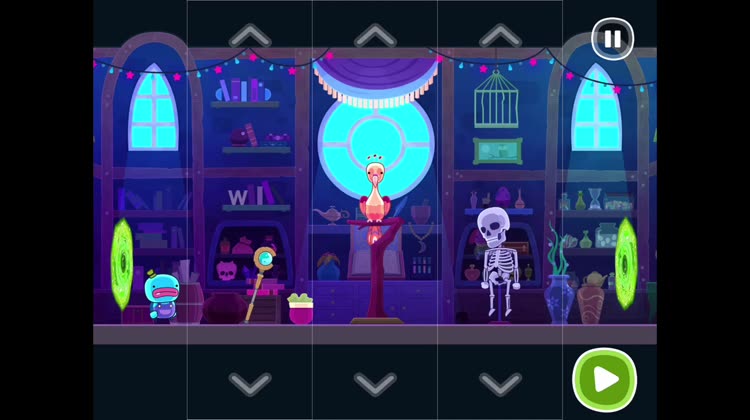 Swipe vertically across panels to introduce new elements that work towards a solution. In each level, you need to figure out the right combination of panels for Polo to traverse the danger filled level.

Tree Men Games is back with PAKO 2, a deeper and more challenging sequel to the original car chase simulator. The new game features more action and expansive locations.

The turn based physics racing game of sliding discs returns.

Disc Drivin' was a hit when it launched back in 2010, but the App Store has changed a lot since. The sequel maintains the style of flicking your disc forward in a race to the finish line, but now with an additional swipe, more crazy courses, and an enhanced physics engine.

An adventure game set in the harsh world of Sub-Saharan Africa.

Play as Ayo, as she performs her regular journey of carrying 40 pound containers back to her family. Along the way, an adventure unfolds to create a puzzle platformer journey for iOS, and shows the real world plight at the same time.

The game features the best heroes and villains from across the Final Fantasy series set in an all new storyline. Engage in turn based strategic battles with custom built teams.

The makers of Pixel People have a brand new city building sim for you.

Get ready for an interesting mash up of city building, sports, lucky, and strategy. Build up your city to recruit players to your team to then perform dice based battle on the soccer pitch.

Play hurdles, high jump, horizontal bars, and more with over 90 Olympic style events included. Reach new heights and records with the recoil from blasting off with gun legs.

The maker of Aqua Globs, Ball King, and Bike Baron has a new mini golf game.

Mini Golf like you never played before! Thousands of crazy courses are waiting for you. And once you're ready for something else, start creating your own and share them with the world! Don't forget to upgrade your character with tons of wacky accessories. And most importantly, have fun!

The side scrolling arcade take on BMX racing returns.

The sequel transforms the cartoon worlds with a bit more realism, and the same goes for the physics engine. Try to outrace your opponent in a head to head dash to the finish line in which momentum is king.

Rotate doorways at high speeds to continue to align them with new ones upcoming.

The game is reminiscent of Super Hexagon, but with rectangular shapes. Slide your finger to adjust the angle, as the rectangles keep expanding outward.

A rhythym based game based on arcade flying games.

Pilot your ship through tunnels in which your performance affects how the songs are played. There are multiple ships and power ups to unlock as you access all of the songs in the game.

Your goal is to survive, build up your camp, and continue to gather resources during a zombie apocalypse. Along the way, you will need to blast away zombies with an emphasis on quick kills with headshots.