You are using an outdated browser. Please upgrade your browser to improve your experience.
iDevices
by Bryan M. Wolfe
March 15, 2017

Cupertino could launch the 9.7-inch iPad Pro 2 as early as next week, according to Japanese site Macotakara. This news suggests Apple might not hold a springtime event, which has long been expected.

According to the report, the new 9.7-inch iPad Pro could launch with the same specifications as the current model, except for the introduction of an “A10X” chip. The chip, an enhanced version of the A10 found on the iPhone 7, would replace the A9X chip on the current tablet model.

If this occurs, the current model will replace the iPad Air 2 as the entry-level 9.7-inch tablet in Apple’s lineup. For now, the 9.7-inch iPad Pro with A9X chip has an entry price of $599, while the A8X-powered iPad Air 2 starts at $399.

It makes sense were Apple to quietly release a new 9.7-inch model without a press event since the new 10.5-inch iPad Pro is expected to become the company’s next flagship tablet. By omitting the 9.7-inch model from its presentation, Apple could put all of its resources behind promoting the more expensive models.

Of course, we still don’t know when Apple’s spring event will be.

Earlier in the week, MacRumors, citing supplier contacts, said the event would occur between March 20 and March 24. That’s no longer possible, given where we are on the calendar. Therefore, we’re probably now going to see the event held during the first few weeks of April, at the earliest.

Two months ago, DigiTimes suggested that Apple wouldn’t launch the 10.5- and 12.9-inch iPad Pros until the fall. If Apple doesn’t announce a spring event soon, this prediction could very well turn out being true.

Take a look at our complete iPad rumor roundup with more information about the possible new tablets. 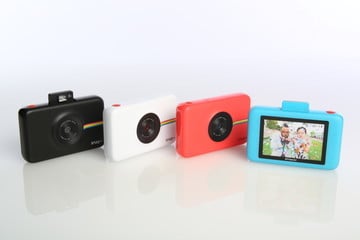