You are using an outdated browser. Please upgrade your browser to improve your experience.
Apple's Competitors
by Joe Wright
August 18, 2016

According to the latest figures from research firm Gartner, Apple's iOS and Google's Android operating systems accounted for a collective (and record-breaking) 99.1 percent of the worldwide smartphone market in the second quarter of 2016.

The numbers are broken down in a recent press release from Gartner (via MacRumors). There, the firm explains that in Q2 2016, iOS and Android indeed accounted for a record 99.1 percent of the worldwide market share, compared with 96.8 percent one year ago in Q2 2015. Android, of course, remains the biggest and most popular mobile OS with an 82.6 percent market share; Apple, on the other hand, holds a 12.9 percent share.

The bad news for Apple, however, is that its share actually decreased compared with the year-ago period, falling from 14.6 percent to 12.9 percent. On the other hand, Android's share, as you might expect, increased by exactly four percent. Windows and BlackBerry phones are continuing to nose-dive, accounting for a combined share of less than one percent.

iOS and Android achieving a 99% duopoly in the smartphone market is remarkable given that Symbian and BlackBerry operating systems were industry leaders just six years ago. Symbian was used by several major mobile phone vendors, including Nokia, Samsung, Motorola, and Sony Ericsson.

And though Apple's falling share might prompt investors to feel a little nervous, it's worth remembering that 2015 saw the release of an “s” iPhone model, which generally don't sell as strongly as major releases. This year, Apple is expected to bring its so-called “iPhone 7” handset to the market, delivering a number of features – some known, and some, we hope, unknown.

It'll be interesting to see how the market responds to Apple's forthcoming releases. Check back with us for more information as we receive it. 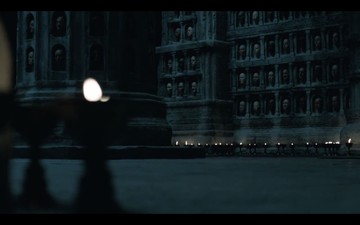 The Tech Media Minute: Ahead of September Announcement, the Many Faces of the 'iPhone 7'